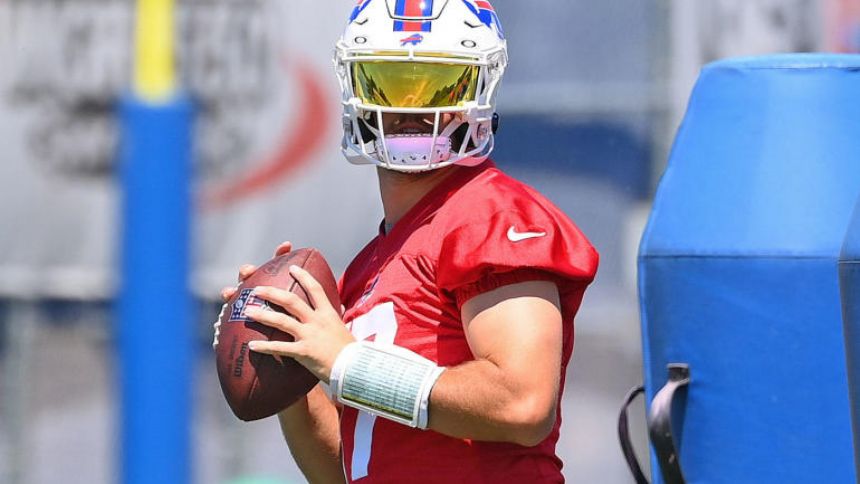 A Monday Night Football showdown features the Buffalo Bills (1-0) in their home opener against the Tennessee Titans (0-1) in primetime. The Titans are looking to rebound after giving up a 13-point lead to the New York Giants last week, losing 21-20. Buffalo will be energized playing in front of a jam-packed Highmark Stadium and beat the defending Super Bowl champion Los Angeles Rams last time out.

Kickoff from Highmark Stadium in Orchard Park, N.Y., is set for 7:15 p.m. ET. Buffalo is favored by 10 points in the latest Bills vs. Titans odds from Caesars Sportsbook, and the over/under is 47.5. Before making any Titans vs. Bills picks, you need to see the NFL predictions and betting advice from SportsLine's advanced computer simulation model.

Now, the model has set its sights on Bills vs. Titans and just locked in its picks and NFL predictions. You can head to SportsLine now to see the model's picks. Now, here are several NFL odds and betting lines for Titans vs. Bills:

Why the Bills can cover

Buffalo had a dominating and stifling defense in 2021. The Bills were first in the league in total yards allowed (272.8) and passing yards allowed (163). This unit is returning with new additions like edge-rusher Von Miller and rookie cornerback Kamir Elam. In the Week 1 win over Los Angeles, Buffalo held the Rams to 243 yards of total offense.

Why the Titans can cover

Despite losing A.J. Brown this offseason, the Titans' passing attack looked steady last week. They completed seven passes of 20-plus yards downfield, showing their willingness to take deep shots. Rookie receiver Treylon Burks can become a matchup nightmare since he can line up in multiple spots and has a unique combination of size (6-foot-2, 225 pounds) and speed. In his debut, the 2021 first-round pick snagged three receptions for 55 yards, or 18.3 yards per catch.

Receiver Robert Woods was acquired from Los Angeles this offseason. Woods has a mix of elusiveness and agility, allowing him to quickly get out his breaks. The USC product is a tough playmaker and a quality possession receiver. Woods has an opportunity to become a certified weapon for Tennessee's passing game.

How to make Bills vs. Titans picks

SportsLine's model is leaning Over on the total, with the teams projected to combine for 51 points. The model also says one side of the spread cashes in well over 50% of simulations. You can only see the model's MNF picks at SportsLine.