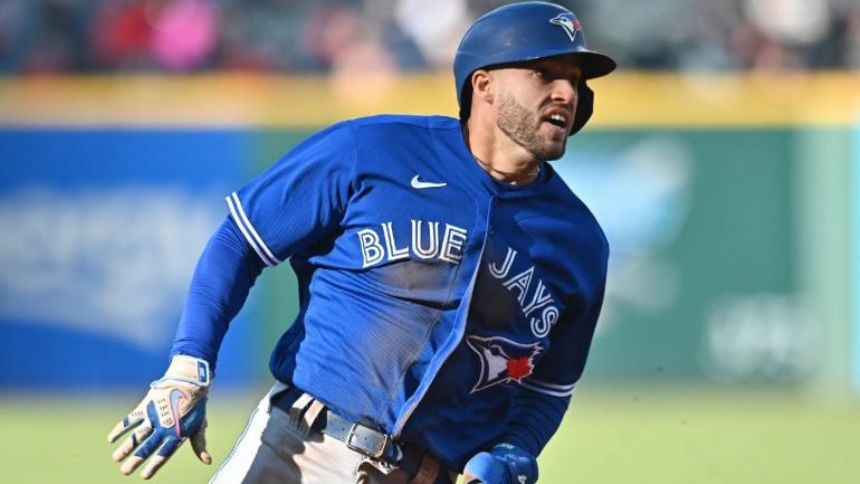 Toronto Blue Jays outfielder George Springer left Friday night's game against the Tampa Bay Rays (GameTracker) with what the team described as a left ankle sprain. Springer suffered the injury when he attempted to make a leaping grab on a Brandon Lowe batted ball in the bottom of the second inning.'

Here's a look at the play:

You can see George Springer roll his ankle as he falls back into the wall. https://t.co/vD5RbXNDzF pic.twitter.com/sHPd2l4bx4

Springer was replaced in the subsequent inning by Raimel Tapia.

Springer, 32 years old, entered the night hitting .283/.344/.531 (159 OPS+) with seven home runs and two stolen bases (on three tries). His aforementioned 159 OPS+ was tied with Vladimir Guerrero Jr. for the best among qualified Blue Jays hitters. Toronto's lineup, then, will be missing a key part if Springer's ankle requires him to spend time on the injured list.

Should Springer indeed head to the shelf, he would join a few other notable Blue Jays there, including Cavan Biggio, Nate Pearson, and Hyun-Jin Ryu. The Blue Jays are expected to activate Ryu ahead of Saturday's game, a contest he's expected to start.

The Blue Jays, for their part, came into Friday's game having dropped four consecutive contests. Their 17-15 record on the season had them positioned in third place in the American League East, some 6 .5 games back of the New York Yankees.