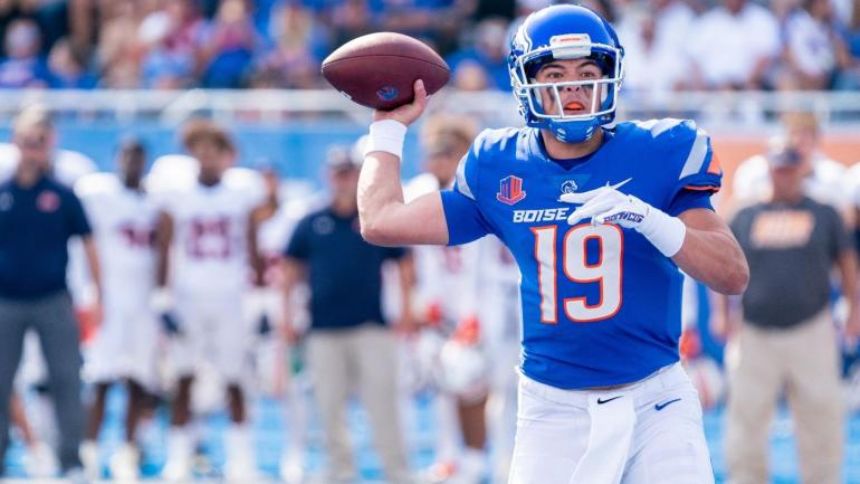 The Boise State Broncos look to continue their strong play on the road when they visit the UTEP Miners on Friday. Boise State went 4-2 away from home in 2021, joining Alabama, Georgia and Ohio State as the only schools in the nation to post a winning road record each of the last eight seasons. The Broncos (2-1), who split their first two games as visitors this year, recorded a 47-31 victory in their last visit to El Paso in 2004. The Miners (1-3) have yet to defeat Boise State, losing all six of their previous meetings by a combined 290-108 score.

Kickoff at the Sun Bowl in El Paso, Tex. is set for 9 p.m. ET on AP Sports Network. The Broncos are 16-point favorites in the latest Boise State vs. UTEP odds from Caesars Sportsbook, while the over/under for total points scored is 45.5. Before making any UTEP vs. Boise State picks, you need to see the college football predictions and betting advice from the SportsLine Projection Model.

Now, the model has set its sights on Boise State vs. UTEP and just locked in its picks and CFB predictions. You can visit SportsLine now to see the picks. Here are the college football odds and betting lines for UTEP vs. Boise State:'

Why Boise State can cover

The Broncos had a strong first half against UT Martin on Saturday, building a 20-7 lead while gaining 251 of their 327 total yards in the game. George Holani played a major role in the victory as he rushed 24 times for 110 yards and a touchdown, hauled in four passes for 47 yards and a score and returned five punts for 69 yards. The 100-yard rushing performance by the redshirt junior was the eighth of his career.

Quarterback Hank Bachmeier spread the ball around against the Skyhawks, completing 18 passes to nine different receivers. The senior made a pair of touchdown tosses to increase his career total to 40, moving him into eighth place on Boise State's all-time list. Bachmeier is tied for sixth in school history with 21 200-yard passing efforts after registering 204 versus UT Martin.

Why UTEP can cover

Despite throwing his first three interceptions of the season, Gavin Hardison had 280 passing yards in the loss to the Lobos last weekend. The junior quarterback is fifth on the Miners' all-time list with 5,941 yards and needs 190 to pass Sammy Garza for fourth place. Hardison also is looking to break a tie with Ryan Metz (26) for the ninth-most touchdown passes in school history.'

Hardison connected eight times last Saturday with Tyrin Smith, who finished with a career-high 183 receiving yards. It was the second 100-yard performance of the season by the redshirt sophomore wideout after he posted just one in 2021. Smith is fourth in the nation in receiving yards (437) and also leads Conference USA in catches (27) and yards per game (109.3).

How to make Boise State vs. UTEP picks

SportsLine's model is leaning Over the total. In fact, it says Bachmeier comes up with a big performance, throwing for more than 270 yards and two touchdowns. It also has generated an against-the-spread pick that cashes in well over 50% of simulations. You can only get the model's pick at SportsLine.

So who wins Boise State vs. UTEP? And which side of the spread hits well over 50% of the time? Visit SportsLine now to see which side of the UTEP vs. Boise State spread to back, all from the advanced model that is up more than $3,300 on its top-rated college football spread picks, and find out.