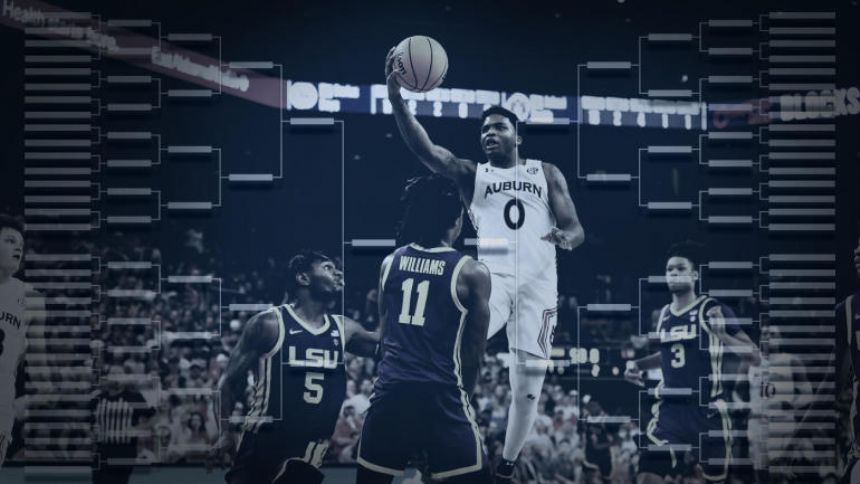 It has been a week since my last bracket, so naturally the week was chaotic. The day after the most recent bracket was posted, three of the No. 1 seeds lost. One of those three, Iowa State has lost again since then. Baylor was the fourth of those No. 1s and took its first loss Tuesday at home to Texas Tech. USC also lost that night to Stanford, so there are no more undefeated teams.

Sometimes, when everyone loses, nobody loses. In this case, Baylor is still the overall No. 1 seed in a close call over Auburn. LSU joins the top line of the bracket as the third overall seed and second No. 1 seed from the SEC. The fourth No. 1 seed is Duke, which dropped down from No. 2 overall.

Check out Palm's latest bracket, full field of 68 and all the teams on the bubble on theBracketologyhub.


Now that conference play is underway, we can expect more chaos. After all, familiarity not only breeds contempt, it also breeds upsets.

One of the harder teams to figure out what to do with in this bracket is Alabama. The Crimson Tide has been struggling of late, having lost three of their last five. One of those losses came at Missouri, which is having a rough season. They also have losses to Davidson, Iona and Memphis, all of which are borderline at-large teams. On the other hand, Alabama also has wins over Gonzaga, Houston and Tennessee. Oh, and the Tide has yet to play a Quad 4 opponent, although the home game against Mizzou might qualify for that.

Compare that to Kentucky, which has played nine Quad 4 opponents and which has its best wins over North Carolina (a No. 11 seed), Ohio (a No. 12 seed as the projected automatic bid from the MAC), Western Kentucky and at Vanderbilt. You could argue that the Wildcats have lost to the three best teams they have played: LSU, Duke and Notre Dame.

I have the Crimson Tide a No. 6 seed and ahead of Kentucky, a No. 7 seed, because of the strength of schedule and quality wins.

Itching for more college hoops analysis? Listen below and subscribe to the Eye on College Basketball podcast where we take you beyond the hardwood with insider information and instant reactions.

One of the challenges that come up with trying to bracket is making accommodations for the fact that No. 11 seed BYU will not play on Sunday for religious reasons. That means they have to be bracketed to play in Thursday-Saturday opening round and regional sites. Sometimes, that means having to change their seed or moving teams out of sites that are closest to them.

In this case, I had to swap the first round sites of Michigan State and Purdue. The Boilermakers ended up in Indianapolis so that BYU could have a path without a Sunday site. The other option was to swap the regionals for the Spartans and Boilers, but that would have thrown off the balance of the bracket.

Kentucky vs. Indiana would be a hot ticket

Speaking of Indianapolis, tickets for that site would be pretty tough to come by in a bracket like this. Three fan bases would be looking long and hard for tickets to a pod that includes Kansas and a first round game between Kentucky and Indiana. That happened because of the fact that geography drives the bracketing process and this is how the chips fell. If the committee cared about ticket sales instead of geography, they'd move Kentucky to a place where they're having trouble selling tickets. Their fans would sell out a Helsinki Regional if there ever was one.