Brandon Graham hints 2022 could be his final year with Eagles, might finish his career elsewhere 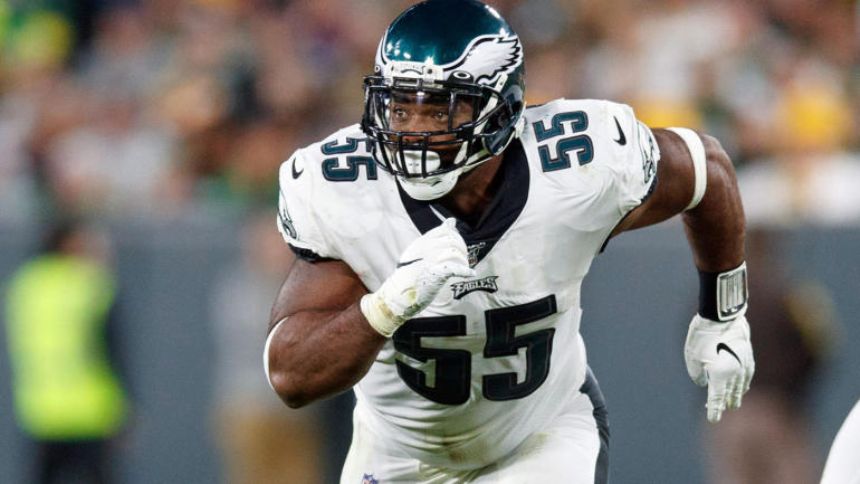 Brandon Graham has a goal of playing 15 years in the NFL, a mark he wishes to obtain even if they're all not with the Philadelphia Eagles. While Graham expressed his desire to play his whole career with the Eagles, that may not be as easy as it may seem.'

Graham would be open to ending his career with another team once he becomes a free agent after the 2022 season.'

"You know what? I would -- but it would only be probably for a year," Graham said, via JAKIB Sports' Sports Take. "The kids are together right now and they're settled, so that always -- I know they wouldn't up and leave right away -- so being away from them and the family, that would only probably last a year.'

If Graham really wants to get that 15th season, there's the possibility it may not happen with the Eagles. Graham will be 36 if he plays his 15th season -- and the Eagles may want to search elsewhere for pass rushing help. For 2022, the Eagles could use Graham on a defensive line that had just 29 sacks last season, the second-fewest in the'NFL. In Graham's last full season (2020), he finished with 51 pressures, 46 tackles, 16 quarterback hits, eight sacks, and two forced fumbles in earning a Pro Bowl berth.'

Only four players in the NFL had eight sacks, 13 tackles for loss, and two forced fumbles in 2020 --T.J. Watt,'Aaron Donald, Haason Reddick, and Graham. He played just two games in 2021 due to a ruptured Achilles.'

Heading into year 13 in the NFL, Graham has this year with the Eagles before both sides have to decide his future. He's hoping year 14 -- and possibly year 15 -- is in Philadelphia as well.'

"I'm here right now, I've got another opportunity. It's the last year on my deal, they're gonna honor me for this year, and whatever role it is man just enjoy it," Graham said. "Because you didn't have football last year, you had time with the kids, and you still got one year left of football if that's what you choose to do. Man, I'm about to enjoy it."