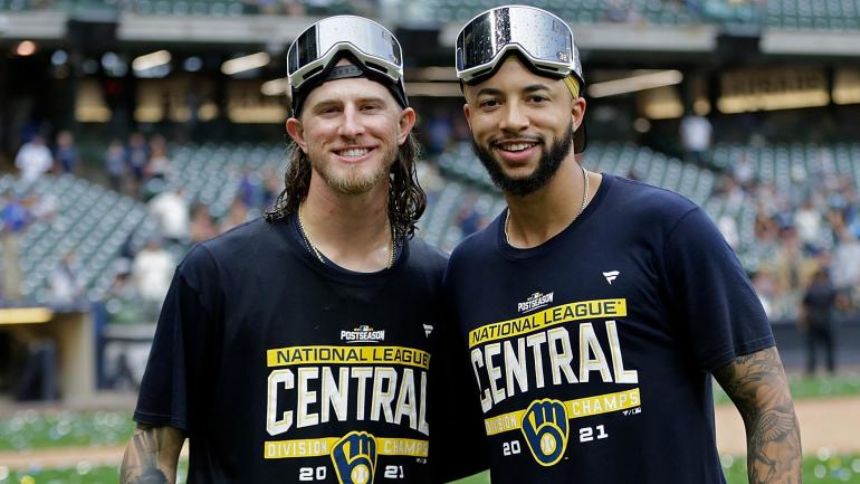 The San Diego Padres have several splashes ahead of the 2022 MLB trade deadline, and one of them was acquiring Milwaukee Brewers closer Josh Hader. As popular as that deal was in San Diego, it did not go over as well in the Milwaukee clubhouse.

The Brewers dealt Hader to the Padres in exchange for LHP Taylor Rogers, RHP Dinelson Lamet, LHP Robert Gasser, and OF Esteury Ruiz. Despite the return for Milwaukee, the trade still raised some eyebrows due to the timing.

The Brewers are currently three games up on the St. Louis Cardinals in the NL Central, and Hader leads the MLB in saves with 29. Brewers relief pitcher Devin Williams was asked for his reaction to the trade, and he was clearly taken aback by the deal.

"I don't really have a lot to say to be honest with you," Williams said. "I don't know."

Here is Devin Williams' reaction to Josh Hader being traded by the Brewers. pic.twitter.com/ziSJaXBzaI

Williams admitted to being "surprised" by the trade and noted that, in his eyes, winning should be the top priority.

"You could say that," Williams said. "Lots of things that don't really make sense, you know? I don't know. I want to win. That's the biggest thing to me. I don't really have much to say about it."

It's easy to see why the Brewers locker room might be frustrated about the team trading away Hader, who has just two blown saves in his 31 attempts. With an ERA of 4.24 and a WHIP of 1.12, is having a down year by his standards, but he was still a vital part of the Brewers' bullpen.

With Hader now out of the mix, Williams himself might have to step into the closer role for Milwaukee. Now in his fourth MLB season, Williams is having an exceptional year with an ERA of 1.59 and 66 strikeouts in 39.2 innings of work.