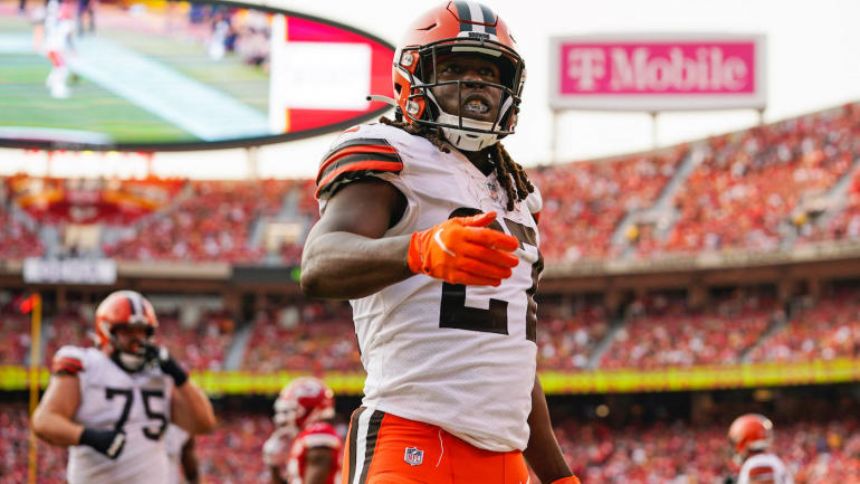 Kareem Hunt doesn't yet know what his NFL future holds. The veteran running back is entering an interesting season in 2022, one that will pay him a base salary of just $1.35 million while hitting the Cleveland Browns salary cap for $6.25 million -- thanks to a $4.9 million roster bonus -- and it's also the final year of his existing contract with the team. This means both he and the Browns have a decision to make about his future, and it appears he's already made his.

Hunt has reportedly informed the Browns he wants an extension to remain with his hometown team, per Cleveland.com, but the Toledo native is still waiting to see what comes of that ask.

"I was born and raised here," Hunt added. "I'd love to finish my career here and just keep playing the game with (Nick) Chubb longer and with the great guys on this great team."

The presence of Hunt in Cleveland has often created a dynamic one-two punch in tandem with Chubb, and the latter parlayed his production as a three-time Pro Bowler into a three-year, $36.6 million extension signed last summer.'

Hunt, who is coming off of a season wherein he missed several games due to a calf injury and who has seen the Browns stick by him during troubles and allegations off of the field, would not reasonably command a contract equal to that of Chubb; but he's also a valuable piece that adds versatility to the rushing attack. To that point, he's only one year removed from racking up more than 1,100 yards from scrimmage with 11 touchdowns (2020), and that's production the Browns would presumably be willing to keep around.'

But, for his part, Hunt admittedly doesn't have a read on the situation.

"I really don't know what to think right now," he said. "I'm just trying to go out there and show them I'm healthy, show them I'm ready to ball out for them as long as they want me to, so I'd love to here for a long time."