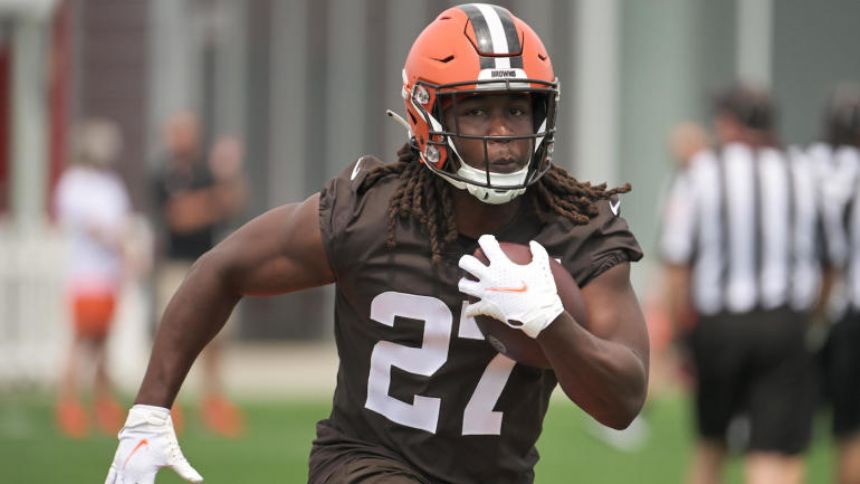 It's known that Cleveland Browns running back Kareem Hunt has been , and since he hasn't seen his request met just yet, it appears he's now attempting to put pressure on the franchise.'

According to AP Sports NFL Insider Josina Anderson, Hunt did not participate in team drills for the second consecutive practice on Saturday. Hunt has also informed the team that this is his plan moving forward. Anderson reports that Hunt's "hold-in" is not believed to be health related, and that he is subject to fines from the Browns. Hunt also reportedly has informally told members of the Browns that he wants to get paid or traded, but one source told Anderson that Hunt would prefer to stay in Cleveland.

Hunt has one more year remaining on the two-year extension he signed in 2020 that pays him $1.35 million in base salary, and $6.25 million in yearly cash, per Spotrac.

The former Pro Bowler and 2017 NFL rushing yards leader played in just eight games for Cleveland last year due to a calf injury. Hunt's best campaign with Cleveland came in 2020, as he racked up 1,145 yards from scrimmage and 11 total touchdowns. The Browns would like to retain the dynamic duo they have at running back with Hunt and Nick Chubb, but it remains to be seen if they will extend their pass-catching back before the start of the 2022 season.'