Browns to ban fan who threw bottle at team owner Jimmy Haslam during Week 2 loss to Jets, per report 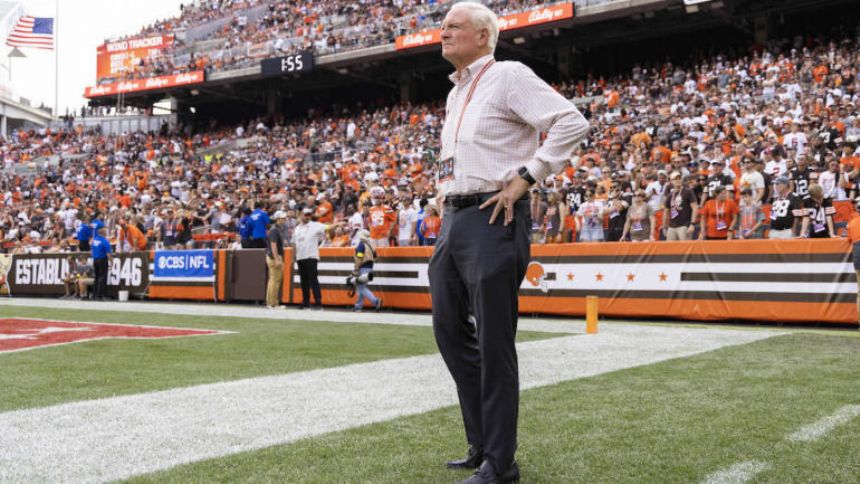 A fan who threw a bottle at Cleveland Browns owner Jimmy Haslam during the team's 31-30 loss to the New York Jets'on Sunday has been identified, and the franchise plans to ban him, per NFL Media.'

Monday, Tom Pelissero of NFL Media tweeted a video of the incident -- which took place right after Garrett Wilson's game-winning touchdown late in the fourth quarter. As the camera pans to the right, you can see Haslam walking towards the tunnel. A bottle that was thrown from the right then appears to hit him.'

The #Browns have identified and plan to ban a fan who threw a bottle that struck owner Jimmy Haslam late in Sunday's loss to the #Jets, per sources.

Here's my video of what could've been a dangerous situation. The team is cooperating with authorities. https://t.co/a1mvjAkD9e pic.twitter.com/TwuPxr3655

"Fan, player and staff safety is the top priority in our building and behavior that puts others in danger will not be tolerated," the Browns said in a statement, per NFL.com. "Luckily no one was harmed in this incident and as a standard practice, we've cooperated with law enforcement authorities and security video footage of the object being thrown is in the appropriate hands. We will have no further comment on this matter."

NFL Media also reported that the fan was charged with misdemeanor assault, failure to comply with a lawful order and disorderly conduct.