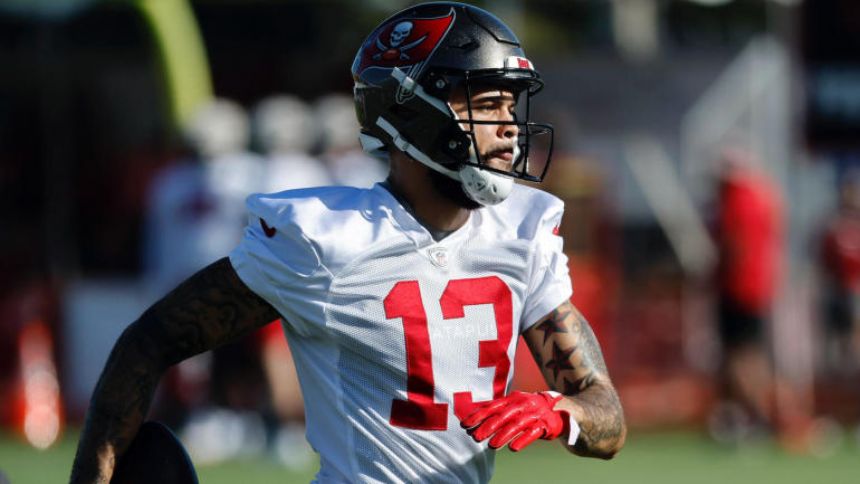 As one Buccaneers receiver gets back on the field, another limps off. Tampa Bay's star wideout Mike Evans left Friday's practice early with reporters on site noting that it could be a leg injury. After the session, head coach Todd Bowles said that Evans tweaked his hamstring and that was the reason he departed early.'

Evans is no stranger to dealing with hamstring issues. That type of injury did impact him at times last season, albeit with the 28-year-old missing just one game. With that history in mind, however, it wouldn't be surprising to see the Buccaneers scale back his workload over the next few weeks to ensure that he'll be ready to go once the regular season begins on Sept. 11 in Dallas Cowboys.'

Evans is entering his ninth season in the NFL, all of which have come as a member of the Bucs. He's been historically productive to begin his career, totaling over a 1,000 yards receiving in each of his previous eight seasons. The former first-round pick is the only player in league history to accomplish such a feat. Evans' 14 receiving touchdowns in 2021 were also a career high.'

This snag in Evans' camp comes on the same day the Buccaneers welcomed fellow receiver Chris Godwin . Godwin and Evans form arguably the best wide receiver duo in the NFL when both are fully healthy, so as long as Evans' hamstring ailment is mild, the offense should be trending in an overall positive direction.'