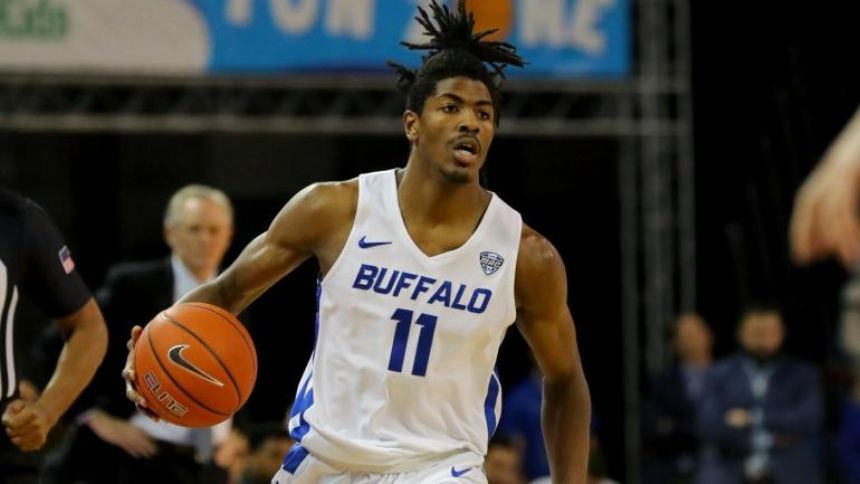 The Buffalo Bulls have yet to put together a three-game winning streak this season, posting back-to-back victories on four different occasions. Buffalo put itself in position to accomplish the feat for the first time when it posted a 78-64 triumph on Tuesday at Western Michigan. The Bulls (8-6, 2-2 MAC) look to make it happen when they visit the Ball State Cardinals (7-8, 2-2) for a MAC showdown on Friday.

Tipoff from Worthen Arena in Muncie, Ind. is set for 6 p.m. ET on AP Sports Network. The Bulls are 6.5-point favorites in the latest Buffalo vs. Ball State odds at Caesars Sportsbook, while the over-under for total points scored is 162. Before making any Ball State vs. Buffalo picks, you need to check out the college basketball predictions and betting advice from the SportsLine Projection Model.

Now, the model has set its sights on Buffalo vs. Ball State, and just revealed its picks and CBB predictions. You can visit SportsLine now to see the model's picks. Here are the college basketball odds and trends for Ball State vs. Buffalo:

The Bulls have performed well offensively this season, scoring at least 76 points in 11 of their 14 games and each of the last four. Buffalo had five players reach double digits in points against Western Michigan, with Ronaldo Segu leading the charge with 17 on 6-of-8 shooting. The senior guard is averaging 19.3 points in conference play and has scored at least 10 in all but one of his 14 overall contests.

Jeenathan Williams struggled from the field on Tuesday, making only three of his 14 shots, but avoided his first single-digit output of the season by going 4-for-6 from the free-throw line to finish with 10 points. The senior forward leads Buffalo in scoring with an average of 18.2 points while Segu is producing 16.4 per game. Senior forward Josh Mballa, who is third on the Bulls with a 15-point average, leads the squad in rebounding (8.1), 21 steals and 11 blocks.

The Cardinals are just 16-19 all-time against Buffalo but have posted a 10-6 record in games played in Muncie. Payton Sparks came up with his best performance of the season in Tuesday's 84-74 loss at Akron, scoring a team-high 23 points while grabbing 10 rebounds for his first career double-double. The freshman center leads Ball State with an average of 6.5 boards per contest.

Luke Bumbalough recorded a season-low three points against Kent State on Jan. 4 but has followed that disappointing effort with 20 and 10 in his last two outings. The junior guard is the Cardinals' top scorer with an average of 12.7 points and also tops the team in assists (3.3). Senior forward Miryne Thomas is averaging 9.6 points and is coming off a 12-point performance in which he was a perfect 5-for-5 from the floor.

SportsLine's model is leaning under on the total, projecting the teams to combine for 153 points. It also says one side of the spread is hitting well over 50 percent of the time. You can only get the model's Ball State vs. Buffalo pick at SportsLine.

So who wins Ball State vs. Buffalo? And which side of the spread cashes in well over 50 percent of simulations? Visit SportsLine now to see which side of the Buffalo vs. Ball State spread to jump on, all from the advanced model that is up more than $2,200 on its top-rated college basketball spread picks over the last five-plus years, and find out.