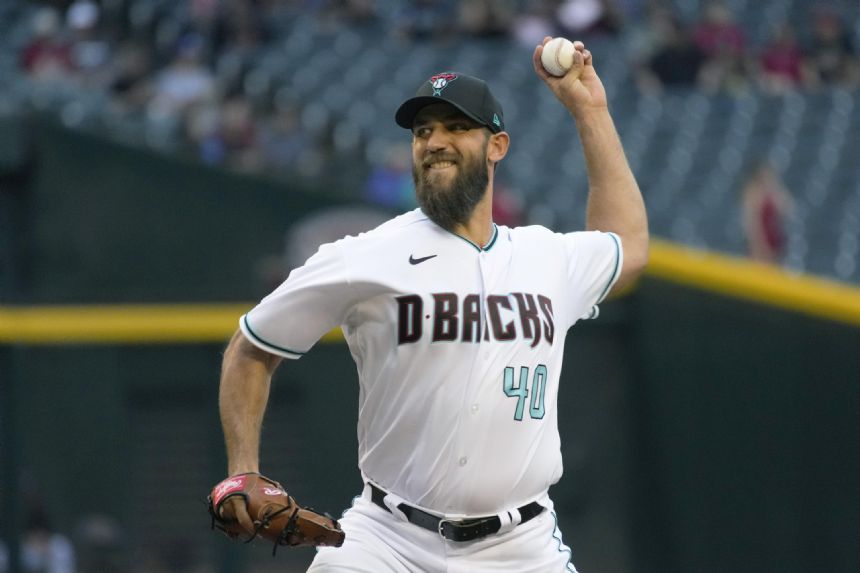 PHOENIX (AP) - Madison Bumgarner pitched effectively into the seventh inning in his first start since being ejected and the Arizona Diamondbacks made Torey Lovullo the winningest manager in franchise history Tuesday night with a 9-3 win over the Miami Marlins.

Bumgarner (2-1) gave up a two-run homer to Jose Soler in a shaky first inning, but allowed two hits the rest of the way after his strange ejection against Miami last week.

Jordan Luplow hit a two-run homer off Jesus Luzardo (2-3) in the first inning.

Arizona has won seven of eight, and this one was Lovullo's 354th victory game, passing Kirk Gibson's team record.

The Marlins lost for the ninth time in 10 games.

Bumgarner had the shortest outing of his career Wednesday against Miami in a bizarre scene that led to an apology by umpire Dan Bellino. Bellino confronted Bumgarner as he came off the mound after the first inning and stared at the left-hander after examining his pitching hand.

Bumgarner said something to Bellino and had to be restrained by teammates after being ejected. Bellino later issued an apology, saying he took full accountability for his actions.

Bumgarner got off to a shaky start in his return. He left up an 0-2 pitch that Soler hit out for a two-run homer and a single by Avisail Garcia that hit off the top of the wall. But he settled in after that, allowing two runs on six hits with five strikeouts in 6 1/3 innings.

Luzardo gave up another homer in the first inning against Arizona, a two-run shot to left by Luplow. The lefty also had control problems, throwing multiple balls in the dirt to quickly run up his pitch count, and was pulled with two outs in the third inning after two walks.

Nick Ahmed, Geraldo Pedromo and Alek Thomas followed with run-scoring singles off Louis Head, who also threw a wild pitch for another run that put Arizona up 6-2. Luzardo allowed four runs on two hits and struck out six.

Marlins: 3B/OF Brian Anderson joined the team in Phoenix, where he hit, ran and took grounders as he nears a return from an undisclosed injury. He's been out since May 6. ... C Payton Henry went down after blocking a pitch in the first inning, but was able to stay in the game after being check out by Miami's trainer.