BYU advances to NCAA final after shootout with Santa Clara 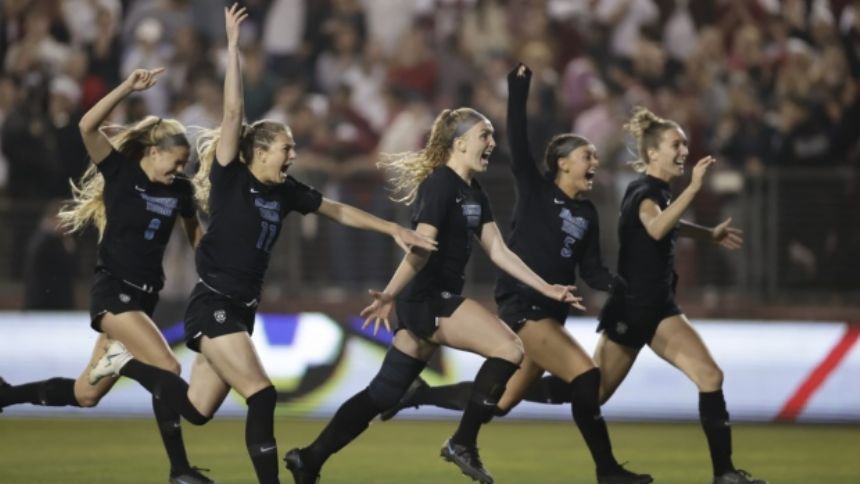 BYU will make its first-ever appearance in the NCAA championship against Florida State on Monday. The top-ranked Seminoles beat Rutgers 1-0 earlier Friday.

The shootout was 2-2 when BYU's Olivia Wade converted her penalty kick. Glenn's miss then sealed it.

Thirteenth-ranked BYU defeated South Carolina 4-1 in the quarterfinals. The Cougars led the NCAA in scoring this season with an average of 3.5 goals a game.

Santa Clara, making its 12th overall trip to the College Cup, downed Duke 2-1 in the quarterfinals. The Broncos had won nine straight NCAA tournament games going into the match.

It was a tight, physical game throughout. Santa Clara goalkeeper Kylie Foutch had eight saves in regulation and extra time, while Cassidy Smith had seven for BYU.

Last season's College Cup final was played in May after the coronavirus pandemic postponed the 2020 season. The Broncos won the title on penalties after a 1-1 draw with Florida State.