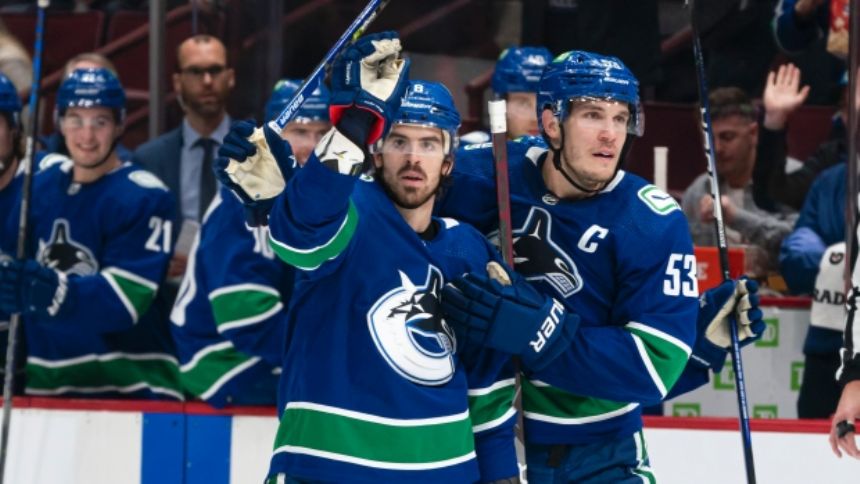 VANCOUVER, British Columbia (AP) - Oliver Ekman-Larsson and Conor Garland scored power-play goals for the Vancouver Canucks to snap a five-game winless streak with a 3-2 victory over the Winnipeg Jets on Friday night.

Defenseman Kyle Burroughs, with his first NHL goal, also scored for the Canucks who were 0-4-1 in their previous five games. Thatcher Demko stopped 36 shots.

Nikolaj Ehlers and Pierre-Luc Dubois scored for the Jets (9-4-4) who lost their second consecutive game. Eric Comrie had 26 saves.

Darcy Kuemper had 25 saves and the Avalanche's Nazem Kadri extended his points streak to eight games with two assists. Colorado won its fourth straight game, has outscored their opponents 24-7 during that streak and are 6-1-1 in their last eight.

Jordan Eberle, Brandon Tanev and Colin Blackwell scored for the Kraken, which lost their sixth straight and seven of eight. Chris Dreidger started and had nine saves before being pulled for Philipp Grubauer, who stopped 14.