Cardinals-Brewers series was a see-saw affair, and not just this one -- all three of them 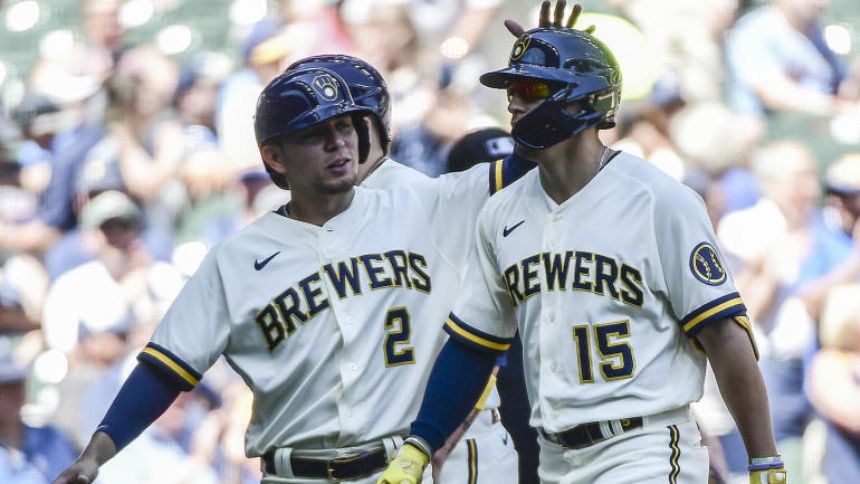 After four games, we're right back where we started in the NL Central. It's a tie at the top between the St. Louis Cardinals and Milwaukee Brewers, both sitting at 40-32.'

The Brewers took the opener on Monday and then the Cardinals took two straight. The first inning Thursday in the finale didn't seem to bode well for the Brewers escaping with a split, as two runs came across for the Cards -- the second one thanks to quite a significant defensive gaffe.'

If ever there was a Little League homer, this was it. #STLCards

The Brewers would get a run back in the bottom of the first and then in the fourth, Tyrone Taylor came through with the big blow of the game, a high-and-carrying three-run shot to give them the lead for good.'

DID THIS EVER LAND!? TYRONE TAYLOR 3-RUN JACK! ????#ThisIsMyCrew pic.twitter.com/juzhX7vInl

This all means the result of the series was a split, and why not.'

The two teams have been even in head-to-head action this season. They split a four-game series April 14-17 in Milwaukee and then split another four-gamer in St. Louis May 26-29. Now it's another split. Through 12 games, each team has won six times and it's basically been just back-and-forth the entire time. In fact, in all three series, the Brewers won the first and last games with the Cardinals taking the two in the middle. In these games, the Cardinals have scored 48 runs, the Brewers 44.'

Remaining between these two teams is a three-game series -- where, thankfully, someone has to win it -- Aug. 12-14 and a pair of two-game series in September. Also of great importance will be how well these two teams fare against the lackluster competition from the other three Central teams. The Pirates appear to pose the biggest threat on an individual-game basis, but the Cardinals are 8-2 against them so far while the Brewers are 6-0.'