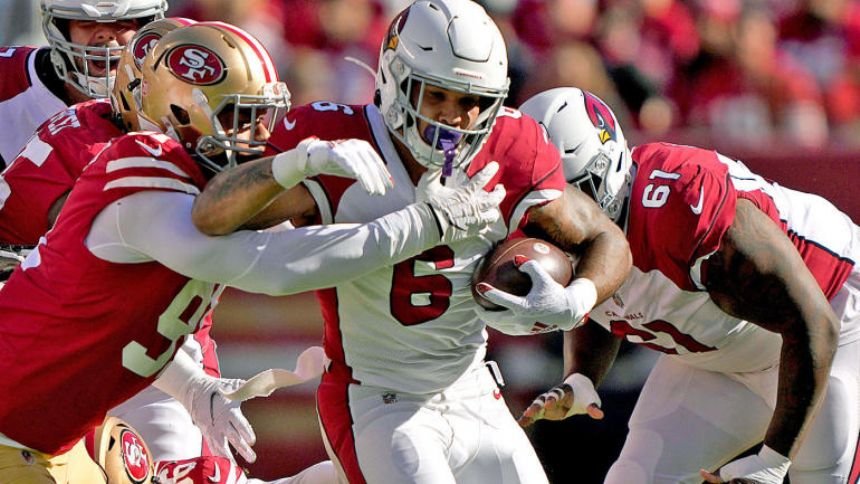 The Arizona Cardinals may be without one of their top offensive weapons when they take on the Los Angeles Rams in the first round of the playoffs.

According to Cardinals website reporter Darren Urban, running back James Conner was not spotted during the open-to-the-media portion of Friday's practice. Conner did not practice on Thursday, either, as he has been dealing with a ribs injury.

Conner previously missed the team's Week 16 and 17 games with ankle and heel injuries. During those two games, Chase Edmonds acted as the team's feature back. When Edmonds was out from Weeks 9 through 15 and then again in Week 18, Conner was the feature back. Edmonds is also dealing with a ribs injury at the moment, but he was able to get in a limited practice session on Thursday and was present for Friday's practice.

In addition to Conner, wide receiver Rondale Moore was not at the open portion of practice. Moore has been out since suffering an ankle injury back in Week 15. He was limited on Thursday and apparently out Friday, which is a bad sign for his potential availability for Monday's game.

Because the game against the Rams is Monday, both Conner and Moore have an extra day to heal up and potentially get healthy enough to play. Whereas their final game-day status would typically be announced on Friday, that will instead come Saturday. The two situations certainly bear watching, as the Cardinals offense has been limited down the stretch already, due to the absence of DeAndre Hopkins.