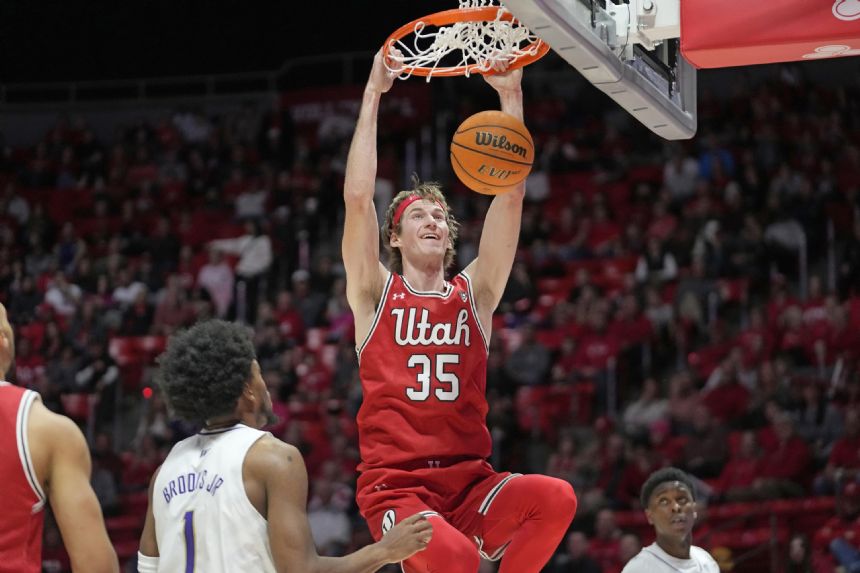 Carlson had eight rebounds, three steals and three blocks and Worster had 11 points, 10 assists and nine rebounds. Marco Anthony won the battle with Worster for a rebound - without a Washington player in the vicinity - with about a minute left, drawing boos from the crowd.

Madsen scored in the lane and Carlson put back his own miss to make it 4-0. Wilguens Exacte Jr. hit a 3-pointer with 11:36 left that sparked a 15-0 run. Madsen scored eight straight points to culminate the run, making a pair of 3-pointers 26 seconds apart, to give the Runnin' Utes a 32-13 lead less than three minutes later.