Chelsea's Chilwell out at least 6 weeks with ACL injury 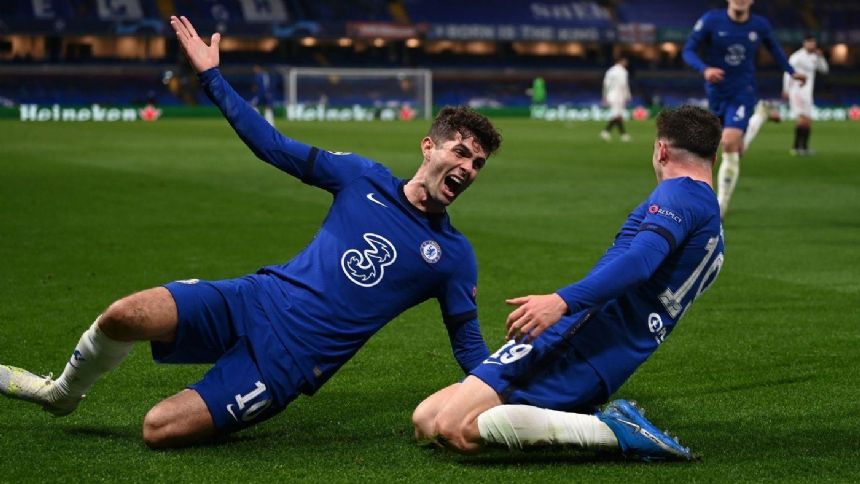 LONDON (AP) - Chelsea left back Ben Chilwell will be sidelined for six weeks but could face surgery and a longer layoff if his injured knee doesn't improve, manager Thomas Tuchel said Friday.

The 24-year-old England international sustained an ACL injury Tuesday in Chelsea's 4-0 victory over Juventus in a Champions League game at Stamford Bridge.

"He has a partial injury of his ACL and the decision is to treat it conservatively," Tuchel said. "The next six weeks will tell the story, actually, if he makes it and will be fully available ... or needs a surgery after that."

The German manager, speaking ahead of a Premier League match against Manchester United on Sunday, said he is "very positive" because Chilwell's knee has responded well to initial treatment.

Chelsea leads second-place Manchester City by three points entering the weekend and has allowed a league-best four goals after 12 games.

"There's never a good moment for big injuries, and for injuries in general," Tuchel said. "He was a huge part in our performances and our victories over the last weeks."

N'Golo Kante twisted his knee on Tuesday and will miss the United game, Tuchel said, adding it's "a matter of days, one week maybe" before the midfielder returns.

Romelu Lukaku has recovered from an ankle injury sustained five weeks ago but is not ready to go 90 minutes.

"The possibility that he starts is not very high," Tuchel said of the Belgium striker, who was Chelsea's record signing in August. "Romelu is in training. If you ask the player he will say 'Yes I can start for sure.' There is a bit of difference between ready for training and ready for games."