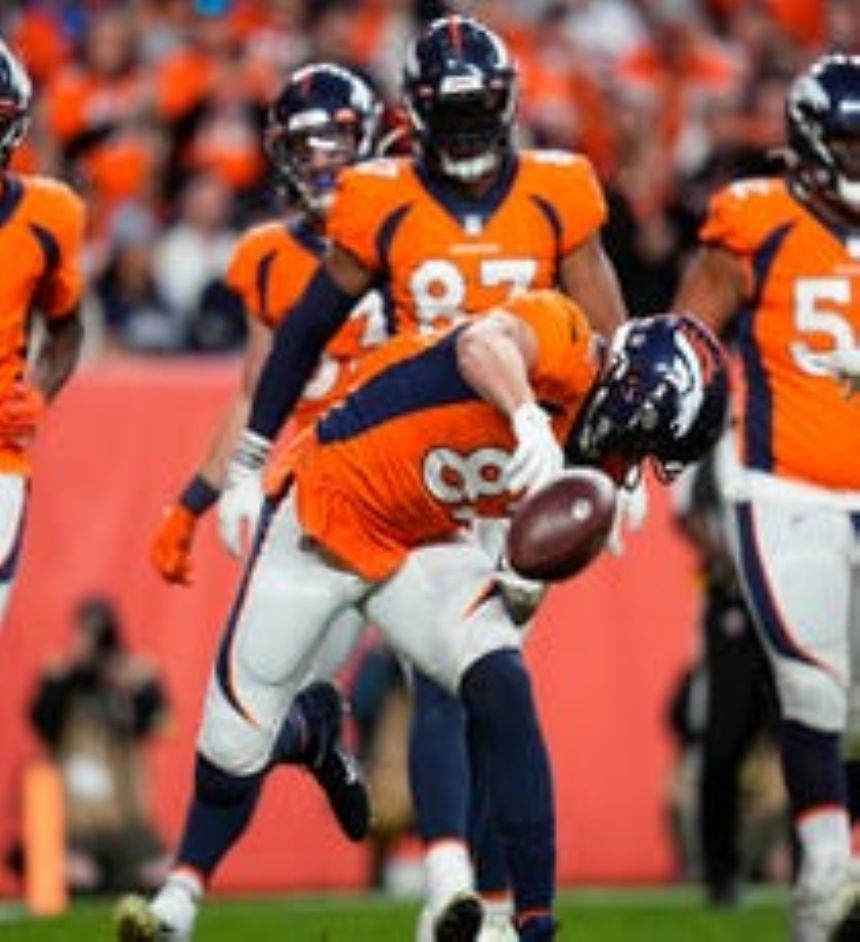 KANSAS CITY, Mo. (AP) - The Chiefs have won 11 straight games against the Denver Broncos, their onetime AFC West nemesis. And Kansas City coach Andy Reid's teams have won 19 of the 22 times they have played following a week off.

Heck, the Broncos might as well not show up Sunday night.

Except for this fact: Denver is in a logjam with the Chargers and Raiders a game back of the Chiefs in the division race, and their primetime showdown at Arrowhead Stadium could suddenly thrust the Broncos into surprising playoff position.

"It's like somebody mentioned the other day: Sunday night is THE game," Broncos coach Vic Fangio said this week, "so players get amped for it. I don't think we'll have an issue being emotionally ready.

"Besides," Fangio added, "we're playing the Chiefs, who have been the best team in football the last three years."

The Chiefs (7-4) lost four of their first seven games, and the rest of the league was wondering two things: Did opposing defenses finally find an answer for their high-flying offense, and were their days ruling the AFC finally at an end?

Four straight wins heading into their week off answered those questions.

Funny thing about the streak, though. It wasn't so much Patrick Mahomes and his cadre of superstars that led the way to all those wins. It was their revamped defense, which was historically bad through the season's first six weeks but has done a 180 since the acquisition of defensive end Melvin Ingram, holding four straight teams to 18 points or fewer.

"I think guys have done a great job of stepping up in their roles," Mahomes said. "You have the mindset of, 'We're going to go out there and be who we are.' We're playing a lot of division opponents coming up and it starts this week."

As for the Broncos (6-5), few expected them to be in the mix with the rest of the AFC West this season. But journeyman Teddy Bridgewater has played like anything but this season, Courtland Sutton and his supporting cast have been dynamic and Fangio's defense led by Justin Simmons and Bradley Chubb is playing about as stingy as usual.

Don't forget, even though the Broncos haven't beaten the Chiefs since the 20015 season, they led the Chiefs midway through the third quarter in their most recent meeting last December.

"Some things you just don't talk about," Bridgewater said. "We look for what's ahead of us. We can't dwell on the past. It's another opportunity. I'm sure they're not sitting there saying, 'We're 11-0 or 10-0 against Justin, or 6-0 against Chubb.' They see it as another divisional game, and we see it the same way."

His top pick, CB Patrick Surtain II, had two interceptions of Justin Herbert last week, including a 70-yard pick-6 in which he was clocked at 22.07 mph, according to Next Gen Stats, the fastest by a D-back with the ball in his hands in the last five years.

The Broncos have allowed the fewest trips inside the red zone this season with 25. And since Fangio became head coach in 2019, the Broncos lead the league in red zone defense, having allowed a touchdown on 46.2% of opponents' trips inside the 20-yard line. Nobody else has turned teams away more than half the time since 2019.

Mahomes has thrown 11 interceptions this season - and he'll willingly accept the blame for all of them - but five of them have actually bounced off Chiefs players before they ended up in a defender's hands.

And some of them have bounced off their most sure-handed players, including wide receiver Tyreek Hill and tight end Travis Kelce.

The right tackle position has been a revolving door on the Chiefs' rebuilt offensive line. Lucas Niang started the season there, lost his job to Mike Remmers, then got it back when Remmers got hurt. Only then, Niang got hurt too, thrusting Andrew Wylie into the role. Niang is back this week, though Reid declined to say who would start Sunday.

There's a wild-card in the mix now, too. Former All-Pro lineman Kyle Long was activated off the PUP list after fracturing his knee in June, and he's expected to be available for the first time since Kansas City signed him out of a year-long retirement.

The Chiefs lead the NFL in third-down conversion rate at 51.52% this season. There's a lot that goes into that number, such as the fact opponents are willingly giving up short-yardage plays to prevent the big ones. But the Chiefs also made a concerted effort to get better on third down during the offseason and so far it's paid off.

"The great offenses in history and today's age, they do a great job on third down and red zone," Mahomes said. "We tried to evaluate that and find certain plays that we can have success with and at the end of the day the guys have done it."