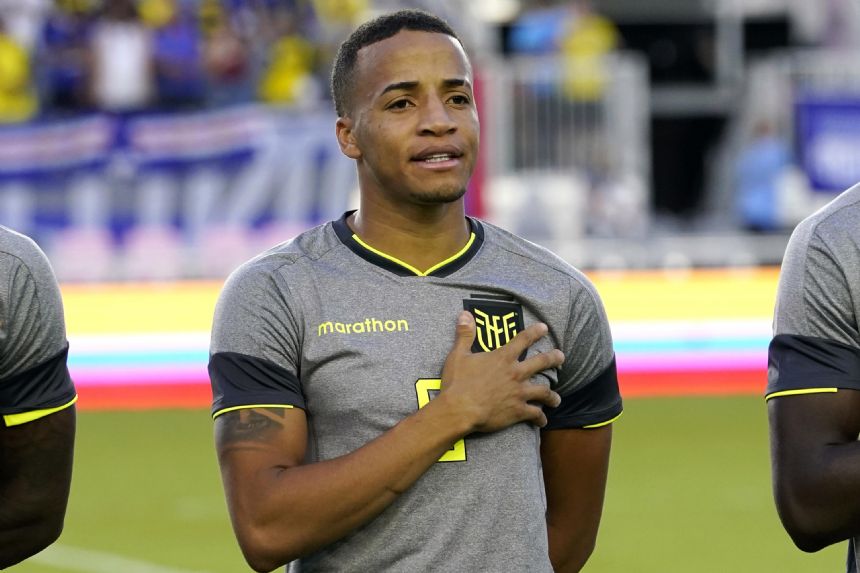 ZURICH (AP) - Chile's appeal hearing to challenge Ecuador's place at this year's World Cup because of an alleged ineligible player has been set for Sept. 15.

FIFA said Thursday its appeals committee has invited Byron Castillo, the Ecuador player at the center of the dispute, to be available as a witness.

No target was given for a verdict barely two months before Ecuador is scheduled to open the World Cup against host Qatar on Nov. 20 in Doha.

Although FIFA's appeal judges rarely overturn a ruling by the soccer body's disciplinary committee, the Chilean soccer federation has to go through the chamber before making a subsequent appeal to the Court of Arbitration for Sport.

Chilean officials have criticized FIFA for the slow process since the disciplinary ruling on June 10 in Ecuador's favor.

Chile has claimed to have documents proving Castillo is actually Colombian and was not eligible to play for Ecuador. Castillo played in eight World Cup qualifying games.

Ecuador could be forced to forfeit all eight games as 3-0 losses and drop from fourth place in the South American qualifying group. If the allegation is proven, Chile would rise to fourth in the standings and claim the automatic qualification place.

The World Cup draw was made on April 1 and Ecuador was drawn into a group with Qatar, the Netherlands and Senegal.

Chilean media reported Wednesday one of the three FIFA appeal judges selected is from Qatar. The appeals chairman is Neil Eggleston, an American who was the former White House Counsel.