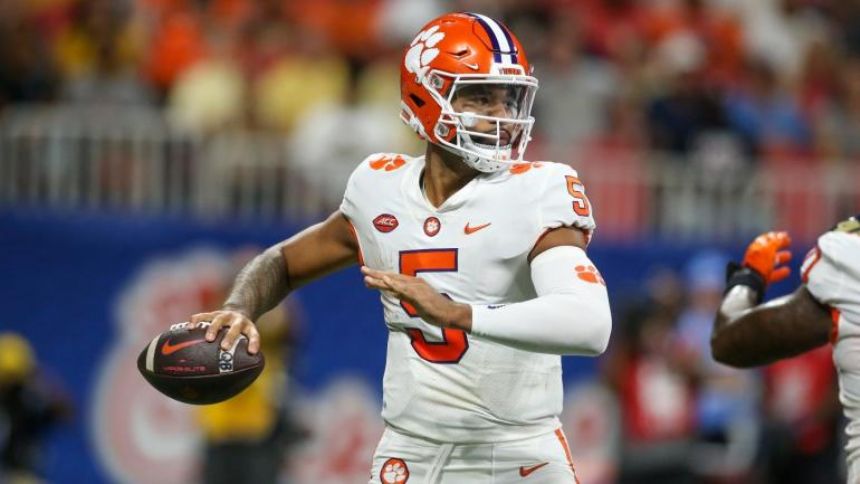 The No. 5 Clemson Tigers look to continue their winning ways when they take on the No. 21 Wake Forest Demon Deacons in an ACC Atlantic Division matchup on Saturday. The Tigers (3-0) enter the game having won nine in a row, which is the nation's longest active winning streak. The Demon Deacons (3-0) are looking to build off last year's success, which saw them win the division with a 7-1 mark and finish 11-3 overall. Clemson was second in the division at 6-2 and was 10-3 overall.

Kickoff from Truist Field in Winston-Salem, N.C., is set for noon ET. Clemson leads the all-time series 69-17-1, including a 26-10-1 record at Wake Forest. The Tigers are 7-point favorites in the latest Clemson vs. Wake Forest odds from Caesars Sportsbook, while the over/under for total points scored is set at 55.5. Before making any Wake Forest vs. Clemson picks, you need to see the college football predictions and betting advice from SportsLine's advanced computer simulation model.

Now, the model has set its sights on Clemson vs. Wake Forest and just locked in its picks and CFB predictions. You can head to SportsLine now to see the model's picks. Now, here are several college football odds and betting lines for Wake Forest vs. Clemson:

Why Clemson can cover

The Tigers are averaging more than 41 points per game and are led by junior quarterback DJ Uiagalelei, who has completed 57 of 88 passes (64.8%) for 662 yards and five touchdowns. He has been picked off once, but has a rating of 144.4. Uiagalelei can be a dangerous runner as well. He is second on the team in rushing with 117 yards on 27 carries (4.3 average) and one touchdown.'

Sophomore running back Will Shipley is also a threat. He leads the Tigers in rushing, carrying 32 times for 249 yards (7.8 average) and six touchdowns. He also has three receptions for 28 yards (9.3 average), including a long of 14 yards. Shipley recorded multiple touchdowns on the ground in each of Clemson's first three games, giving him multiple rushing touchdowns in seven of his 13 career games played. He is already one of six Clemson players since 2000 to record at least seven career games with multiple rushing touchdowns.

Why Wake Forest can cover

Despite that, the Tigers are not a lock to cover the Clemson vs. Wake Forest spread. That's because the Demon Deacons also have a potent offense, led by junior quarterback Sam Hartman. Hartman has completed 44 of 71 passes (62%) for 625 yards and seven touchdowns with two interceptions. Last season, he was a finalist for the Manning Award and the Johnny Unitas Golden Arm Award. Hartman threw for 4,228 yards in 2021, ranking sixth in ACC history and first in Wake Forest history. He also rushed for 11 touchdowns, the second-most in program history by a Wake Forest quarterback.

His favorite target has been sophomore wide receiver Taylor Morin, who has 13 receptions for 139 yards (10.7 average) and two TDs. He led the team in receiving with five catches for 74 yards and a touchdown in the season opener against VMI on Sept. 1. Last season, Morin had career highs with 43 receptions for 621 yards and five touchdowns, ranking third on the team in each category. He totaled at least one reception in every game and had multiple receptions in 12 of the 14 games he played.

How to make Wake Forest vs. Clemson picks

SportsLine's model is leaning Over on the point total, projecting the teams to combine for 68 points. The model also says one side of the spread hits in well over 50% of simulations. You can only see the model's CFB picks at SportsLine.