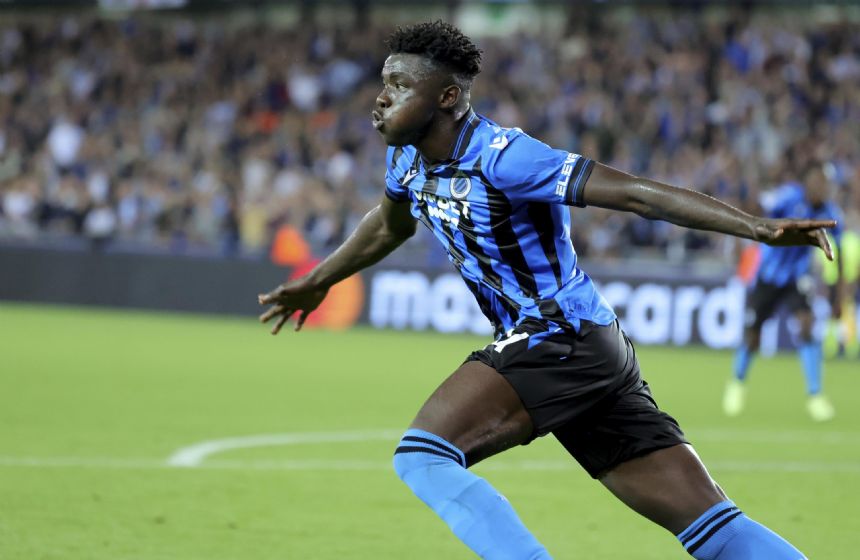 Sylla's header to a corner shortly before halftime gave the Belgian champion its first win in Group B, where Atletico Madrid enjoyed a very late 2-1 win over Porto in Spain.

Brugge had won its last four league games, while Leverkusen has made a poor start to the Bundesliga with four defeats in five games.

The home team made the better start, though Moussa Diaby went close when his shot was deflected onto the post for Leverkusen.

That was the visitors' best chance of the first half, before Sylla scored from Andreas Skov Olsen's corner in the 42nd minute. Leverkusen goalkeeper Lukas Hradecky seemed to have Sylla's effort covered at the near post, but he failed to hold on to the ball and couldn't prevent it squirming over the line.

Leverkusen emerged with more intent after the break, when Patrik Schick had two goals ruled out for offside. The Brugge fans celebrated a VAR decision ruling out one of the goals as if their team had scored.

English forward Callum Hudson-Odoi made his first start for Leverkusen since his recent switch from Chelsea.

The German team was playing its first game in Europe's premier competition since December 2019.