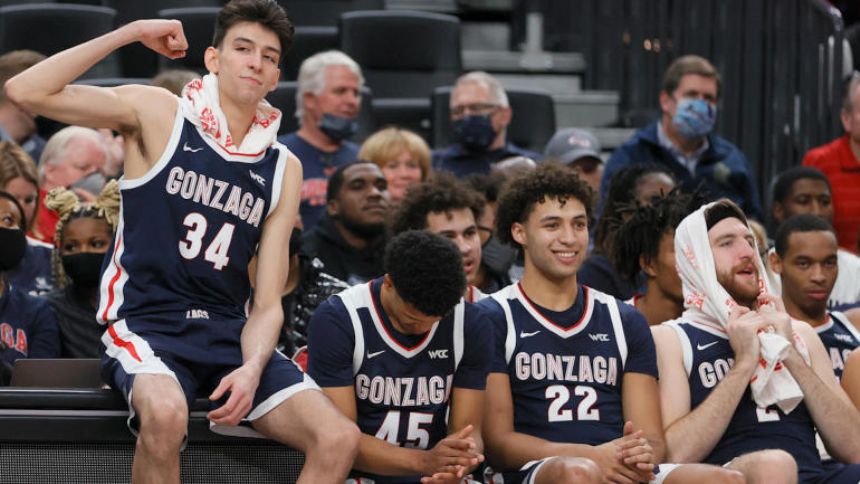 Auburn may have moved to the on Monday for the first time in program history by overtaking Gonzaga for the top spot, but voters in the Coaches Poll were not convinced and left the Bulldogs at No. 1 after their 78-62 victory against a San Francisco team ranked No. 35 in the NET. The Zags got 18 first-place votes, compared to 13 for Auburn and 1 for Arizona. That left Gonzaga atop the poll with a 784-777 margin in points.

But Gonzaga's lead in the Coaches Poll did shrink from last week, when it received 23 first-place votes compared to 8 for Auburn and had a 787-759 edge in points. Duke also found favor with the coaches and only dropped one spot to No. 7 following its overtime loss at Florida State last week. The Blue Devils fell to No. 9 in the AP Top 25 this week.

Among the big risers this week in the Coaches Poll is No. 19 UConn, which is up six spots. The Huskies (13-4, 4-2 Big East) have won four of their last five and picked up consecutive convincing wins over Butler last week. One of the Big East's other hot squads was left out, however. Marquette received 44 votes but finished 27th in the voting amid a six-game winning streak that propelled it into this week's AP Top 25.

Texas managed to cling to the No. 25 spot in the Coaches Poll despite falling from the AP poll.

Itching for more college hoops analysis? Listen below andsubscribe to the Eye on College Basketball podcastwhere we take you beyond the hardwood with insider information and instant reactions.