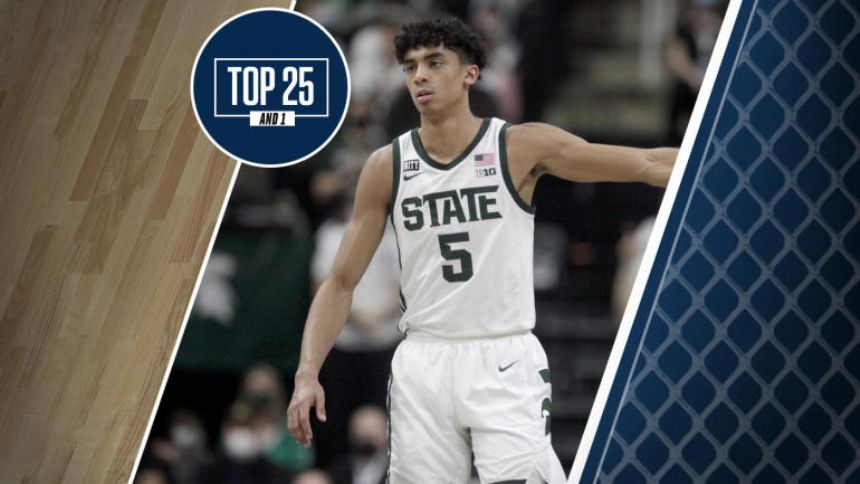 Max Christie missed 13 of the first 18 shots he took as a college player. It was a less-than-ideal start for the five-star recruit. Michigan State was 0-1 after his first 31 minutes on the court. An adjustment period was necessary.

(Not everybody is Paolo Banchero.)

But, suffice to say, an adjustment has been made. Christie is now more comfortable, more effective and more efficient. He took 12 shots Wednesday night, made seven of them and finished with a team-high 16 points, five rebounds and four assists in Michigan State's 71-69 victory at Minnesota that became official when Joey Hauser broke a tie with a bucket with less than a second remaining.

"I was happy for Joey," said MSU coach Tom Izzo.

Though Hauser was Wednesday's hero in the sense that he scored the game-winning basket, it was Christie's latest nice performance that should spark hope among Michigan State fans. After scoring in single digits in five of his first seven games, the 6-foot-6 guard is averaging 16.3 points in the Spartans' past four contests. He's among the reasons, if not the biggest reason, Michigan State will take a nine-game winning streak into Saturday's game with Northwestern.

Michigan State is now 14-2 overall, 5-0 in the Big Ten - but, even Izzo would tell you, the Spartans haven't played the toughest league schedule. The resume features two wins over Minnesota, plus victories over Penn State, Northwestern and Nebraska. The combined Big Ten record of those five schools is 5-17. But, it should be noted, two of Michigan State's next three games are at Wisconsin and at Illinois. So things will soon get tougher.

Whether the Spartans will continue to win at a high level once the schedule strengthens remains to be seen. But, right now, they're 6-2 in the first two quadrants with the only losses coming to Baylor and Kansas. They remain No. 5 in Thursday morning's AP Sports Top 25 And 1 daily college basketball rankings, where Bruce Pearl's Auburn Tigers will enter the weekend No. 1.

Itching for more college hoops analysis? Listen below and subscribe to the Eye on College Basketball podcast where we take you beyond the hardwood with insider information and instant reactions.