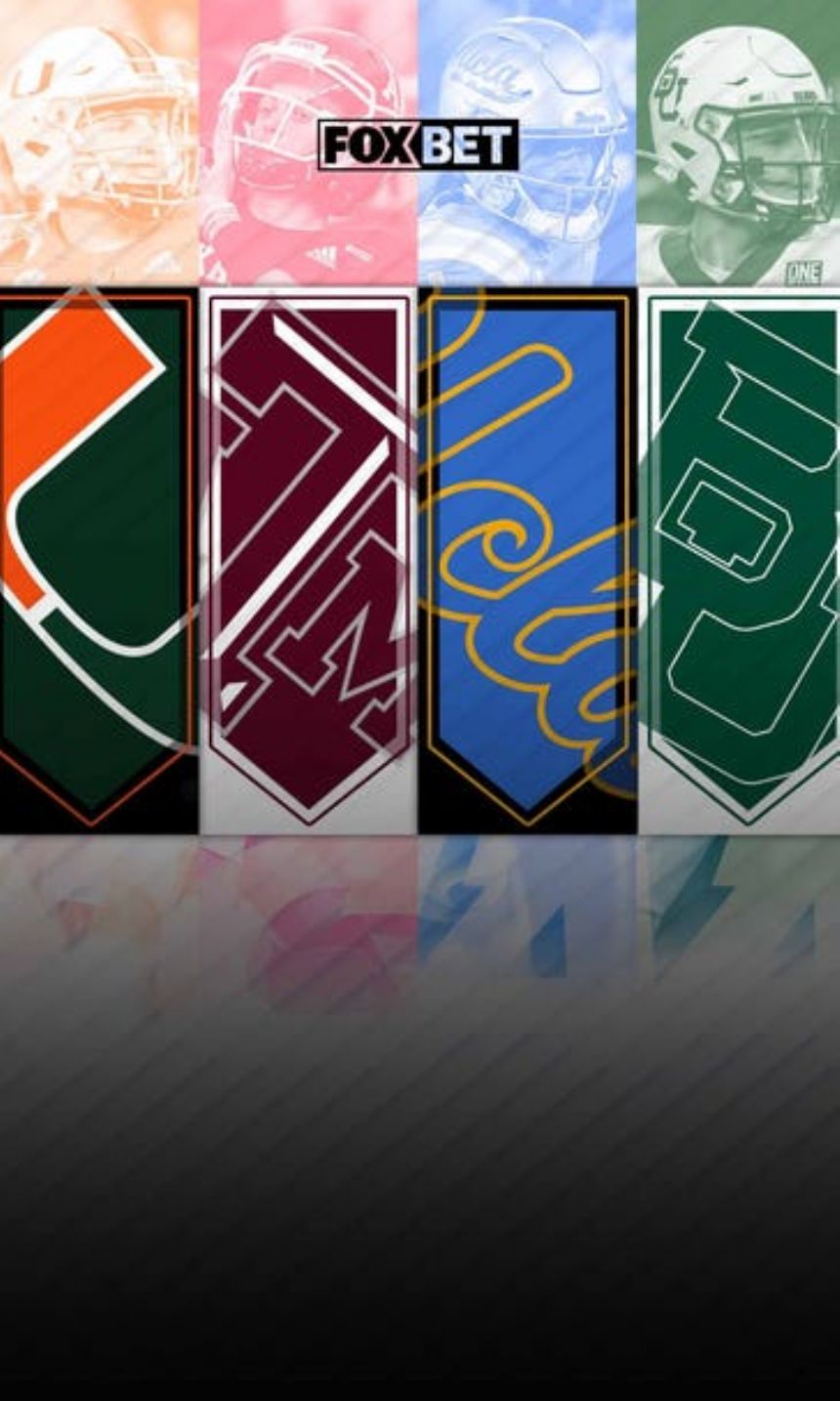 The dog days of summer are quickly coming to an end, and bettors are excited about getting the chance to cash in on some college football action.'

And when it comes to the College Football Playoff (CFP), other than last year's outlier Cincinnati team, the four-team tournament has been dominated by blue blood, Power 5 programs. Essentially, all roads to the natty go through the SEC, Big Ten, ACC, Pac-12 or Big 12. And if we're being brutally honest, the path to the title really goes through the SEC.

Ahead of the season, fans and gamblers love to speculate about which long-shot team has a real chance to come out of each conference. Between the NFL Draft, the transfer portal and unfortunate injuries, no team's roster looks identical from one year to the next. So deciding where to budget your bucks on a dark horse squad in the wake of all that movement can be challenging. That's where our very own AP Sports analyst Geoff Schwartz steps in to save the day.

Geoff - former Oregon Duck and NFL lineman - breaks down his best long shots to win every Power 5 conference. Is there another program other than the national champion Georgia Bulldogs or the perennial favorite Crimson Tide worth wagering to win the SEC? Under Dabo Swinney, Clemson has had a stronghold on the ACC. Will that dominance continue, or is there an underdog in a prime position to topple the Tigers? Lincoln Riley and his Trojans are favored to win the Pac-12, but could the cross-town rival Bruins be the better bet?

Let's dive into a couple of long-shot futures our expert thinks are worth the sprinkle ahead of this exciting college football season (all odds via AP Bet).

Texas A&M is the only team in this conference that has a chance to upend either Alabama or Georgia for the SEC title this season. If the Aggies can figure out the quarterback situation, they can ride their talented roster to Atlanta for the SEC Championship game. Texas A&M's defense finished seventh in the country last season, and the Aggies have a championship-winning coach running the ship.'

Remember, this team beat Bama in the regular season last year. That huge victory should give them confidence this season that they can actually win the whole conference.'

In the offseason, confidence is an excellent motivator. Aggies are my sleeper team in the conference.

I just can't advise anyone to wager on another team to win this conference. It's Buckeyes or bust.

A long-shot wager only has value if it's something that can actually happen. Is Penn State going 10-2 with a win over Ohio State? Is Michigan beating Ohio State again this season? Michigan State? I just don't see it unless OSU sustains major injuries.'

As stated earlier, the Buckeyes will win the East and then play someone from the West, and again, no team from that side of the division is beating Ohio State. The West has not won a single Big Ten Championship Game since the divisions were set in 2014. After close contests in 2015 and 2017, the East winner has beaten the West opponent by at least 12 points.

Ohio State will win again, so save your money.

Big surprise, huh? The next-best odds to win the conference, so not a stretch, but hear me out.'

I wanted to make a case for Wake Forest, but that's not happening.'

North Carolina and Pittsburgh both lost starting quarterbacks. So when it comes to long-shot teams that stand a chance to take the ACC, is it Virginia Tech? NC State? Who has a real chance at being the surprise team?'

Miami has the best quarterback in the conference and supreme coaching staff. Two big factors I look for when placing down futures bets. I'm just not sure that the Hurricanes have enough talent at the moment to win the conference, but they do have the best chance of any squad not named Clemson.'

The Pac-12 is playing this season with divisions that are DINO - divisions in name only. And I say this because the conference has eliminated the practice of sending a team from the Pac-12 North and a team from the Pac-12 South to compete for the conference championship. The two best records in the division will now play in Las Vegas instead at the end of the regular season. This means teams from the same division could end up facing off in that game. This is where UCLA fits into the mix.

The Bruins should not be better than Utah or USC, but they get both of those opponents at home. UCLA's offense is led by fifth-year starter Dorian Thompson-Robinson along with a mean rushing attack. The defense has been rebuilt from the ground up, but there is some potential on that side of the ball. The Bruins improved with new coordinators and a roster full of transfers which will help make that transition on defense happen faster. As mentioned above, UCLA gets Utah and USC at home while only having one difficult road game at Oregon. Schedule and situations matter.

If Oregon, USC and/or Utah falter this season, UCLA has an opening to win the Pac-12.

Calling the 2021 Big 12 conference winners a long shot feels like a disservice to the program head coach Dave Aranda is building. Baylor won the conference last season with a defense that ranked 10th in scoring and seventh in points per play. The defense shouldn't see any regression in 2022 because the Bears return seven starters to a unit that's known to confuse opposing offenses with three-down looks.'

On the other side of the ball, the Bears' offense finished 40th in scoring and 34th in yards per play last season. Baylor returns four of its outstanding offensive linemen but lost a handful of receivers and has a few question marks at quarterback - which is why the odds to win the conference are +600.'

If youngster Blake Shapen, who started at quarterback in the season finale and the Big 12 Championship Game, can continue to grow into the role, the Bears' offense could be serviceable enough to win the conference again.