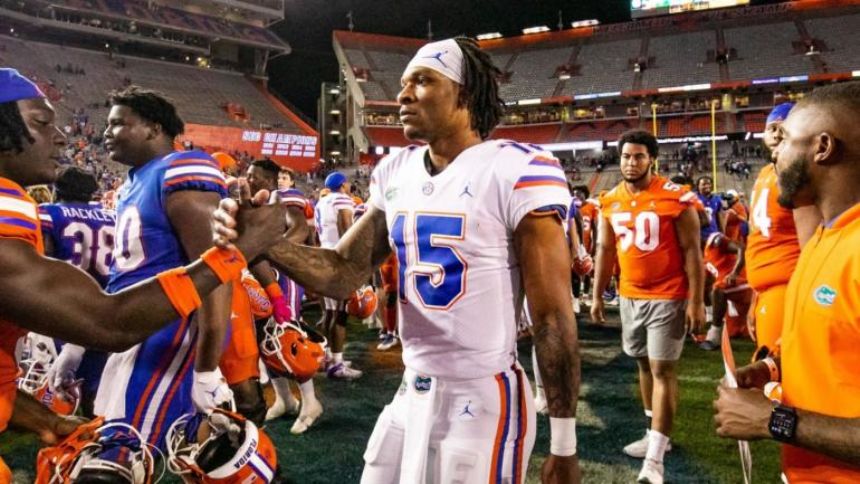 Preseason practice sessions are underway across the country, Week 0 of the college football season is just three weeks away and optimism among fan bases is percolating. Though there are some familiar favorites among the betting favorites to win the Power Five conferences, plenty of programs around the country enter the 2022 campaign with realistic visions of hoisting league title trophies come the first week of December.

While the group of true national title contenders can feel like an exclusive party, last season was a great example of how conference championships remain up for grabs even in the top conferences. Baylor emerged from a 2-7 campaign in 2020 to win the Big 12 last season, Michigan broke out as a surprise Big Ten champion and Pittsburgh went from 6-5 to 11-3 to win the ACC.

A preseason bet on any of the three would have paid out nicely, but it would have required some foresight and a willingness to go with a "value" play. For those rubbing a crystal ball and trying to identify similar potential conference champions for this season, here are picks from each league to ponder as the beginning of the season draws closer.

2021 was supposed to be the year for the Tar Heels in coach Mack Brown's third season, but the Tar Heels flopped with a 6-7 record. Now that everyone has been thrown off the scent, it's time for UNC to strike back. In an ACC Coastal Division that is notoriously wild, UNC is plenty capable of emerging from the pile to appear in the league title game in the final season before the ACC scraps divisions.

Though quarterback Sam Howell has departed, former 247Sports five-star prospect Drake Maye should be able to step in as a redshirt freshman and get the offensE humming. The hiring of defensive coordinator Gene Chizik as coordinator feels like a roll of the dice considering he's been out of coaching since 2016. But UNC was No. 105 in the nation in scoring defense last season and should improve under Chizik's watch. With a big-time prospect at quarterback and three straight recruiting classes ranked in the top-15 nationally by the 247Sports Composite, this team is talented enough to challenge Clemson for the ACC title.

Ohio State is such an overwhelming favorite to win the Big Ten, that you can talk yourself into finding "value" in a handful of teams, including defending champion Michigan at +750. Do we really think there's anyone else in the conference who can beat the Buckeyes? Penn State may have an outside shot since the Nittany Lions get Ohio State at home, but the Wolverines are the best alternative to the Buckeyes on this card.

For a team that is coming off a CFP appearance and an epic win over Ohio State, this is a solid number. Michigan would likely have to win at Ohio State for the first time since 2000 to pull this off, but that seems more plausible now after the way the Wolverines imposed their will in last year's matchup. The defense has a ton to replace, including its coordinator, but if the offense can become a little bit more explosive, then the Wolverines have a shot at repeating.

The Bears are the defending Big 12 champions, yet they are slotted fourth behind Oklahoma, Texas and Oklahoma State on the Big 12 betting card entering the 2022 season. Are there some questions to answer at the skill positions? Absolutely, but compared with the rest of college football, the Big 12 isn't the high-scoring, offense-only fireworks show of the past.

Trench play matters, and that's where this Baylor team is built to shine. With a veteran offensive line and a defensive front seven ranked by AP Sports, the Bears are going to be a brutally tough opponent fully capable of defending their conference title. Considering how bold Dave Aranda was in naming Blake Shapen the quarterback over veteran Gerry Bohannon, there is also reason to believe the passing offense will improve even amid the questions at receiver.

With a schedule that ranks as one of the easiest in the league and an offensive mind now in charge of the program in Kalen DeBoer, the Huskies should make a quick return to relevance following last season's 4-8 debacle. Merely having a pulse on offense will get this team back to respectability as enough talent remains on defense for Washington to stay solid on that side of the ball.

With USC and Utah both missing from the schedule, road games at UCLA and Oregon are the only significant roadblocks in league play for a program that is still the last from the Pac-12 to reach the College Football Playoff. There is no one in the Pac-12 that a Washington team with a competent offense cannot beat on a given Saturday in 2022.

Is it likely? No, of course not. But this is a crazy number to see for a program that battled then-No. 1 Alabama down to the wire less than a year ago. The Gators are also just two seasons removed from an SEC Championship Game appearance, which resulted in another narrow loss to the Crimson Tide. With a potentially elite quarterback in Anthony Richardson and a defense that has nowhere to go but up under a new staff, the Gators should absolutely start the season in the group of SEC East schools chasing Georgia.'

A midseason stretch of games vs. LSU, Georgia and at Texas A&M is rough, but if the Gators manage to win two of the three - an upset of Georgia being the most critical piece - then they could sneak into the SEC East hunt. If nothing else, that would give people holding a +5000 bet on Florida the chance to cash out with a nice payday.