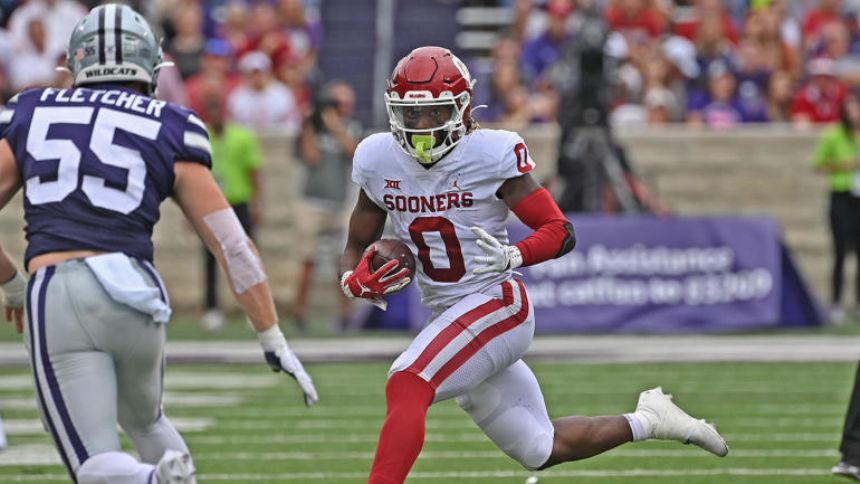 Conference play is finally upon us as the vast majority of leagues deliver quality matchups in Week 4. Instead of searching through the dregs of mismatched nonconference games, this week finally gives us some battles between programs that know each other intimately. That's where real value can be found.'

Finding value takes many forms for sharp bettors. Finding an underdog with the potential to win and deliver an inflated money line victory is a gold standard. However, identifying teams that can pull off a late cover or a favorite that can stretch a lead well past the line can result in winnings as well. If the time is right, we might even delve into over/under plays with upside.

Our slate in Week 4 features a pair of teams that hope to make the College Football Playoff facing off against tricky rivals. It also features two of the five worst teams in college football this season. Everything is on the table -- let's get to it.'

Lines are courtesy of Caesars Sportsbook. All times Eastern.'

Georgia State's first two losses to South Carolina and North Carolina weren't worth bailing ship. Dropping to Charlotte by one point at home last week is a different story. Early returns on Coastal Carolina have been shaky, but this is still one of the most explosive offenses in college football behind quarterback Grayson McCall. This line shouldn't be within a touchdown, and it feels like Vegas modelers overthinking themselves.'Pick: Coastal Carolina -2 (-110)

Clemson features one of the best defenses in all of college football ... and an offense that is miles away from figuring anything out. The Tigers failed to score more than 14 first-half points against Louisiana Tech and Georgia Tech before pulling away in wins. The Demon Deacons won't make things as easy. While Wake Forest's defense is a subpar unit, covering this line would require Clemson and Wake Forest to both hit 30 points. Granted, Clemson hit 48 points last season against Wake Forest at home, but this offense is an absolute mess.'Pick: Under 55.5 (-110)

Arizona has quietly emerged as one of the most improved teams in college football. The Wildcats crushed San Diego State and beat FCS powerhouse North Dakota State in gritty efforts. Quarterback Jayden de Laura has been a revelation, and 245 of his 748 passing yards have gone to transfer receiver Jacob Cowing. Cal's defense remains fearsome, but early returns have been mixed. A six-point win over UNLV won't impress many and handing Notre Dame its first win doesn't feel especially good, either. There's enough value to think the Wildcats can pull an upset.'Pick: Arizona ML (+135)

Kansas State at No. 6 Oklahoma

Maybe Oklahoma is as good as it looked in an evisceration of Nebraska. Maybe Kansas State really is as bad as it looked in an embarrassing showing against Tulane and not the Big 12 contender we foresaw at the beginning of the year. Regardless, 4-to-1 odds are more than enough to make that gamble. The Wildcats have beaten Oklahoma in two of the past three seasons and played the Sooners to within seven points during the other showing. More importantly, Kansas State's offensive line will be much more prepared to deal with Oklahoma's front than Nebraska's porous unit. It's worth the chance.'Pick: Kansas State ML (+400)

This matchup features the No. 2 and No. 4 teams in the country -- as long as you're talking about the rankings. Both Hawaii and New Mexico State are legitimately in contention for the bottom spot in the entire FBS after making coaching changes over the offseason and starting from scratch. However, the winless Aggies are still granted a five-point advantage over Hawaii at home. Moving from Power Five opponents and Western Kentucky to Duquesne helped bring some confidence, so ride with the Rainbow Warriors.'Pick: Hawaii +5 (-110)