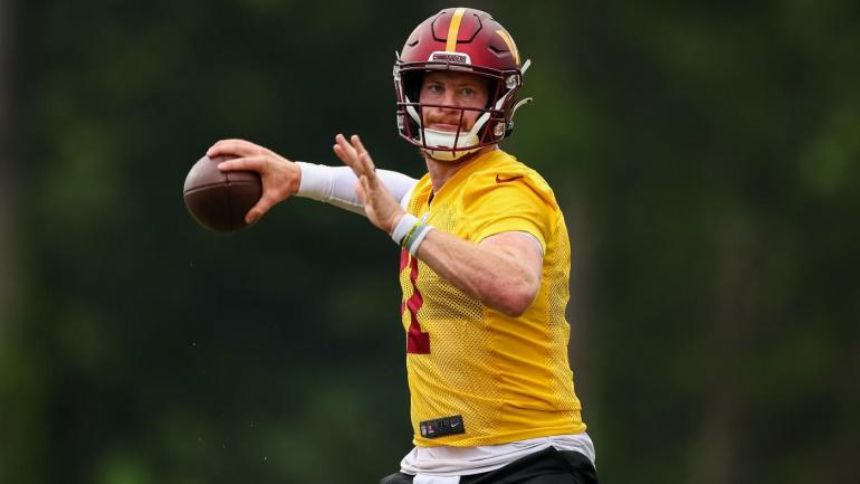 Washington Commanders head coach Ron Rivera has praised quarterback Carson Wentz, calling him "brilliantly smart," and other coaches are now joining in on the compliments. Quarterbacks coach Ken Zampese commented on what he has seen from the 29-year-old, calling him a student of the game and praising his willingness to learn new parts of the offense.

"He's intuitive, he's curious, he's hungry for football -- that's the part that's fun for me. He's curious, and in a good way. That's what we're looking for," Zampese said,'according to Bijan Todd of NBC Sports Washington. "The communication's been great, his ideas, doing what we're asking him to do and wanting to know, 'Hey, how do you want to do this, how do you see this play?' That curiosity will get us further, faster. It's really been fun that way to see that."

Wentz has struggled in his career and injuries have been a major storyline. In the summer of 2021, he suffered a . In September of the same year,', causing him to be sidelined.

Dating back to 2015, he has also suffered a wrist fracture, a rib fracture, a concussion and an ACL and LCL tear.

"We're just trying to get him to finish through his throws, get his hip out of the way, left side out of the way so we can get more of his arm. Be lined up to where you're throwing, just general things," Zampese said.

Praise towards Wentz has been limited the last few years, with more criticisms than compliments. Wentz was with the Indianapolis Colts last season, going 9-8 and missing the playoffs.'