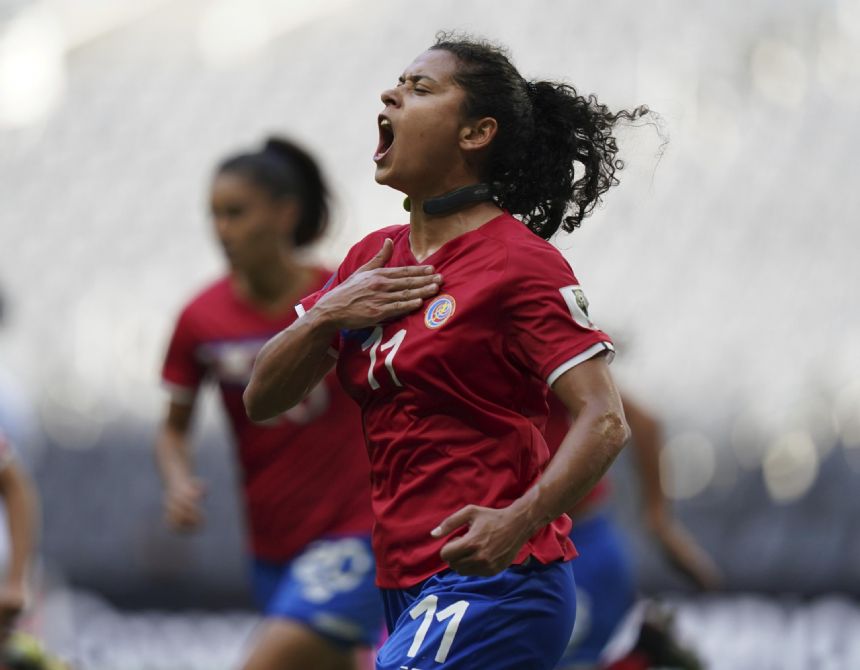 MONTERREY, Mexico (AP) - Rocky Rodriguez and Maria Paula Salas scored in the opening half and Costa Rica went on to win its opening group-stage match 3-0 over Panama on Tuesday night in the CONCACAF W Championship.

The tournament serves as qualifying for next summer's World Cup in Australia and New Zealand.

Rodriguez, who plays for the Portland Thorns in the National Women's Soccer League, scored on a header in the sixth minute. Salas scored in the 24th.

Katherine Alvarado converted on a penalty for Costa Rica in the 60th minute.

Costa Rica and Panama are in Group B with Canada and Trinidad & Tobago, who play in the late game.

Eight teams have been divided into two groups for the tournament. The top two finishers in each group earn spots in the 2023 World Cup. The third-place finishers will go on to a 10-team intercontinental playoff in February in New Zealand.

The winner of the tournament will also earn one of the region's spots in the 2024 Olympics.

Costa Rica has been to the World Cup just once before, in 2015. Panama has never qualified for international soccer's most prestigious event.

The United States, Mexico, Jamaica and Haiti are in Group A.