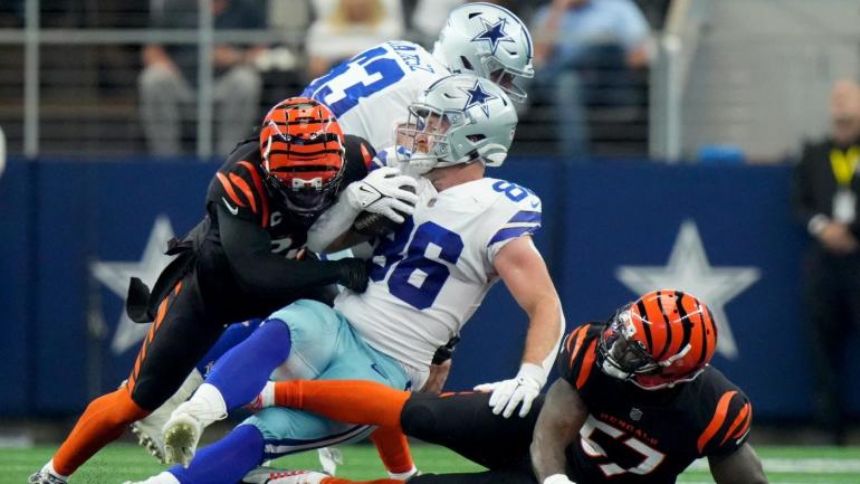 Dallas Cowboys tight end Dalton Schultz is dealing with an injury described as a "PCL issue" in his right knee, per'ESPN. It is not yet known if Schultz could miss time.

"I know they feel better about the scan," coach Mike McCarthy told reporters Monday (via the team's official website). "We'll see how he is. We're going to give him every chance to go this week (at the Giants)."

Schultz suffered the injury in the fourth quarter of Sunday's 20-17 win against the Cincinnati Bengals. Before the injury, he had two receptions for 18 yards. He sat out for the final drive, the Cowboys game-winning series, that ended with a 50-yard field goal from Brett Maher that sealed the win.

Schultz's PCL issue does not necessarily mean he will miss time. Another Dallas offensive player, running back Ezekiel Elliott, had a similar problem last season, but did not miss time. Elliott playing all 17 games and having a 1,000-plus-yard season with 10 touchdowns is hope that not only can Schultz continue to play, but play at full capacity.

The Cowboys offense has already suffered one major loss this season, with quarterback Dak Prescott expected to miss multiple weeks after a fractured thumb that required surgery. As of now, the offense is led by backup quarterback Cooper Rush, who won his second-ever start Sunday.

Wide receivers James Washington (foot) and Michael Gallup (knee) are also injured, and neither has played a snap this season. Following a hamstring injury, left tackle Tyron Smith is expected to miss a .

The Cowboys still have receivers CeeDee Lamb and Noah Brown and could need to rely on tight end Jake Ferguson more.

The Cowboys' next contest is a divisional matchup against the New York Giants on "Monday Night Football." The Giants are currently 2-0 after big wins against the Tennessee Titans and Carolina Panthers.'