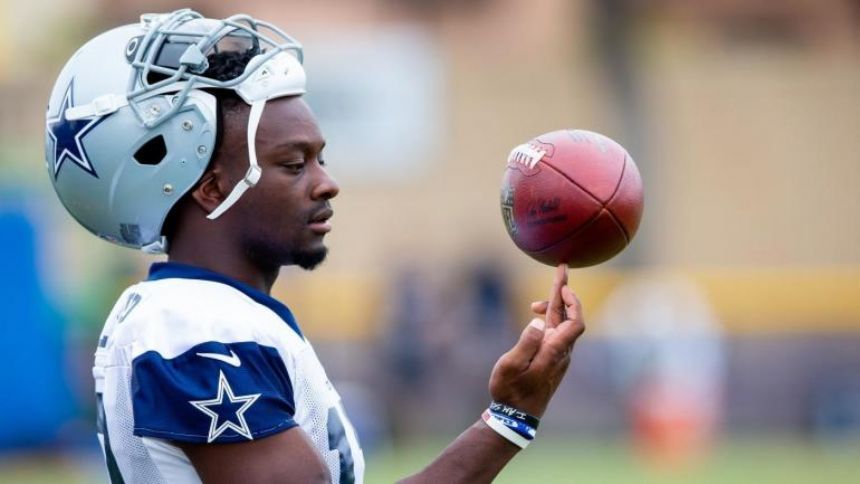 Reinforcements appear to be on the way for the Dallas Cowboys. Head coach Mike McCarthy let slip to assembled media Thursday that he expects wide receiver Michael Gallup to make his season debut'Monday night against the New York Giants, though he later walked it back slightly and said that it is a "hope."

Gallup, who has been out since tearing his ACL during the Cowboys' Week 17 loss to the Arizona Cardinals last season, will be on a snap count, assuming he plays.

A former third-round pick, Gallup has operated as the Cowboys' primary deep threat for much of his career. Working opposite Amari Cooper and later CeeDee Lamb, Gallup has totaled 193 catches for 2,902 yards and 15 touchdowns. He signed a five-year, $57 million contract with $23 million in guarantees to remain with the Cowboys this offseason, despite the torn ACL.'

Through the first two weeks of the season, Noah Brown has been operating as Dallas' No. 2 receiver behind Lamb, after Cooper was traded to the Browns and Cedrick Wilson signed with the Dolphins. Undrafted free agent Dennis Houston had been working as the No. 3, but he was waived this week, presumably to help clear the way for Gallup's return to the lineup.'

The Cowboys surely hope Gallup can add a vertical element that has been desperately missing from their offense, and can draw coverage deeper down the field to clear the way for Lamb, tight end Dalton Schultz, and running backs Ezekiel Elliott and Tony Pollard to work over the middle and in shorter areas. He will likely not be at full strength right away, and McCarthy's indication that he will be on a snap count recognizes that fact.'

Dallas is also looking to get Dak Prescott back on the field in the coming weeks. He and Gallup have a close bond, and he reportedly advocated in favor of retaining the receiver this offseason. His presence in the lineup will surely help Prescott rebound from his disastrous Week 1 performance against the Buccaneers, whenever he is able to get back on the field himself.'