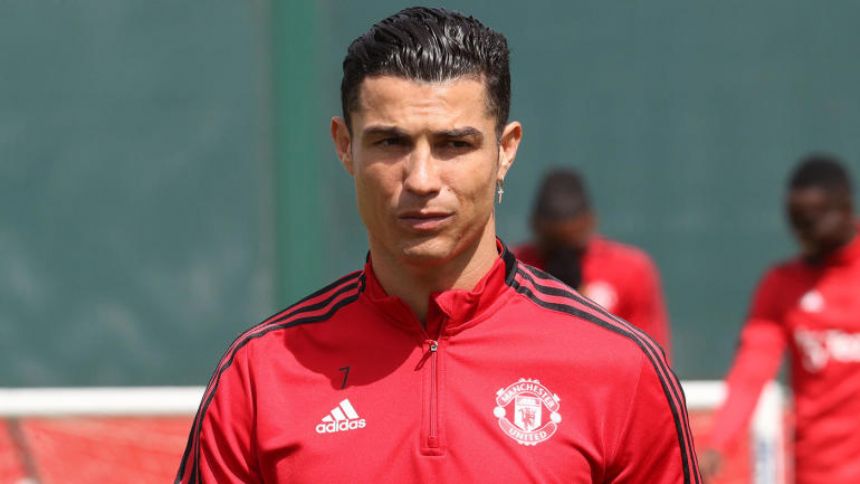 have reportedly stuck to their stance about wanting to keep at the club throughout this offseason, with Erik ten Hag wanting to work with the talented Portuguese superstar. The team, for all intents and purposes, has not been open to make him available for transfer. On Saturday, however,'the star forward put in a request to leave Manchester United'should they receive an adequate bid in an effort to get him on a Champions League contender, according to The Times.

, who has 12 months left in the contract Man acquired from , was the third-leading scorer in the Premier League last season with 18 goals and three assists. You can expect that his salary demands and the need to play at the highest level of competition will whittle away his list of suitors.

Paris Saint-Germain are not expected to be interested in making a move for Ronaldo in this window, while Bayern Munich have been informed about his availability and have expressed interest, according to The Athletic. All these clubs mentioned have the ability to provide Champions League football for Ronaldo while ten Hag at United is revamping the roster as the club transitions away from the Ole Gunnar Solskjaer/Ralf Rangnick era.

with a move for Ronaldo following a meeting between club owner/acting sporting director Todd Boehly and Ronaldo's agent Jorge Mendes in .

Boehly and manager Thomas Tuchel are looking to revamp the front line after . They have been exploring deals for and 'as a result. Ronaldo could be that key for Chelsea, but it would likely take a change to a 4-2-3-1 instead of the mobile back three that Tuchel employed last season. Mentioned above, Bayern might be another team linked in the Ronaldo sweepstakes, but their interest could be marginal after adding Sadio Mane.'

On the Manchester United side, letting Ronaldo go is a tough prospect. He may not be a player that fits ten Hag's base-pressing 4-3-3 system, but the team won't likely find a better scoring option on the market without being able to offer Champions League football. With the struggles of and last season, it's not like they have a proper backup forward option on the squad.'

could possibly fill that void in a pinch, but he's only 20 years old and is just getting his first taste of life at United. Making a leap from less than 1,500 minutes played to being the guy in the attack is a tough ask. Sebastian Haller would've been the best replacement, but he's . Letting Ronaldo go without a replacement isn't the worst option for Manchester United, but it would be an official acceptance that the team is going into a rebuilding phase.

That would allow ten Hag time to set up his style of play while also removing the questions that come with every decision that surrounds Ronaldo. He could certainly start the season on the roster, but it seems as if the whispers around a possible second departure from Old Trafford are growing.