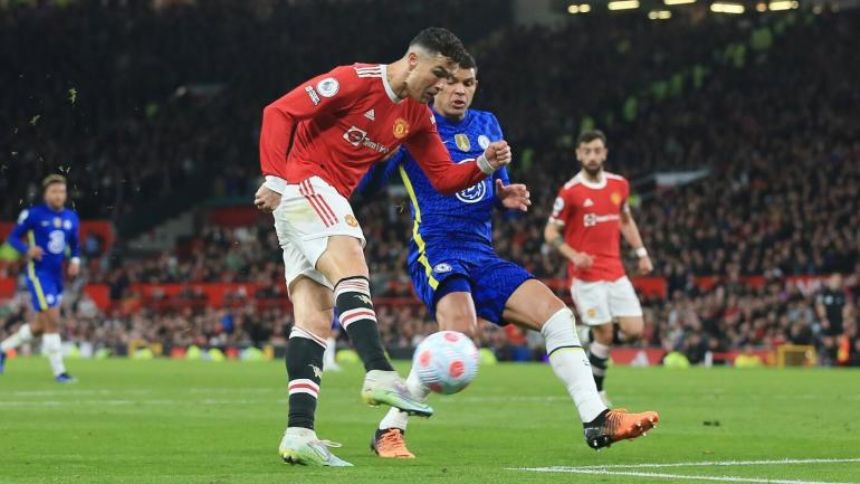 Winds of change blow through London after the sale of Chelsea to a consortium led by American businessman Todd Boehly. After installing himself as the interim sporting director, Boehly was recently spotted in Portugal meeting with Cristiano Ronaldo's agent, Jorge Mendes,'according to the Athletic. Following a restructuring at Chelsea, club director Marina Granovskaia has left, and for the time being, any sales and purchases will be up to Boehly. Romelu Lukaku's' while Chelsea are also in negotiations to'

Ronaldo's future was among the things that Boehly and Mendes reportedly discussed. After Manchester United manager Erik ten Hag took over, questions were asked as to what Ronaldo's future would hold, and this meeting shows that it could be quite murky. Ronaldo scored 18 goals last season, which was good for the third-most in the Premier League, but ten Hag wants willing pressers to keep his 4-3-3 aligned in defense and transition play. He's counting on Ronaldo to score goals, and he's said as much.

Bayern Munich is a team that has cropped up as a Ronaldo destination due to Robert Lewandowski wanting to leave, but they've already added Sadio Mane to bolster the attack. On the surface, United plan to keep Ronaldo, who has 12 months left on his contract. Finding a replacement would prove to be tricky without the draw of Champions League soccer. Plans can change if enough money is dangled, but why might Chelsea be interested in the Portuguese forward?

Why is Boehly exploring the option of adding Ronaldo?

It's no secret that Chelsea had issues scoring goals last season. Timo Werner, Romelu Lukaku, and Kai Havertz combined for 20 goals and four assists in comparison to Ronaldo's 18 goals and three assists. With Lukaku looking on his way back to Italy, it leaves a hole atop the formation. On the surface, if Boehly is looking to make a splash, it doesn't get much bigger than signing a global superstar like Ronaldo. Even at 37, his finishing is superior to most forwards on the market, and he'd bring the profile that the team hoped that they were getting from Lukaku. As Werner has been better as a winger while Havertz has been more of a link-up attacker than a goal-scoring one, it would give Chelsea the deadly finisher that they've lacked since Diego Costa left the club in 2018.

Do Manchester United want to move on?

Publicly at least, both Ronaldo and Manchester United would like to continue working together. Ronaldo may not be a good fit for what ten Hag wants to do, but good coaches are able to create a system that suits the players available to them. Without Ronaldo, the attacking onus would fall on young Anthony Elanga and inconsistent Marcus Rashford, which is certainly too much for them to carry on their own. With Darwin Nunez already off of the market having joined Liverpool and, ready-made replacements are dwindling. The team could certainly take a chance on a forward like Jonathan David of Lille, but it seems rather unlikely.'

?? Man Utd insist he's not for sale, as they want him for next season.
?? Mendes discussing with clubs to explore options, Bayern said no.
?? Cristiano likes ten Hag but wants to see 'ambition' on the market.

While United may not want to lose Ronaldo, his agent flying around to discuss possible moves does lead you to believe that the player may want to leave United. He is somebody who wants to compete at the highest levels of the game, so United being unable to offer Champions League while also struggling to make additions to improve the team doesn't create an environment where he can get that done.

How does Ronaldo fit Chelsea?

This is where things get cloudy. While Chelsea certainly need a goalscorer, Ronaldo and Thomas Tuchel meshing doesn't seem likely. After just seeing the public fallout between Lukaku and the club, you'd expect Chelsea to avoid something like that again, but here we are. Ronaldo has been a good influence in the Manchester United locker room, but his unwillingness to press and body language on the field certainly doesn't send a message of positivity or one that Tuchel would condone.

Playing at their best, Chelsea don't need their striker to score goals if the wingers are doing their job, which is what led to the links to Sterling. Havertz is great at creating opportunities and space for others, while Ronaldo spends more time in the box waiting for things to come to him. His 4.7 meters covered per possession, according to TruMedia, is similar to Lukaku's and work-rate is a hallmark of a Tuchel team. While relentless running used to be a part of Ronaldo's game, he has had to alter his style to extend his career. It's working as he's still performing at the highest level, but for Chelsea, it doesn't make much sense in their current system. If Tuchel wouldn't alter things to get the best out of Lukaku, instead opting to bench him, it's hard to see him doing the same for Ronaldo.'