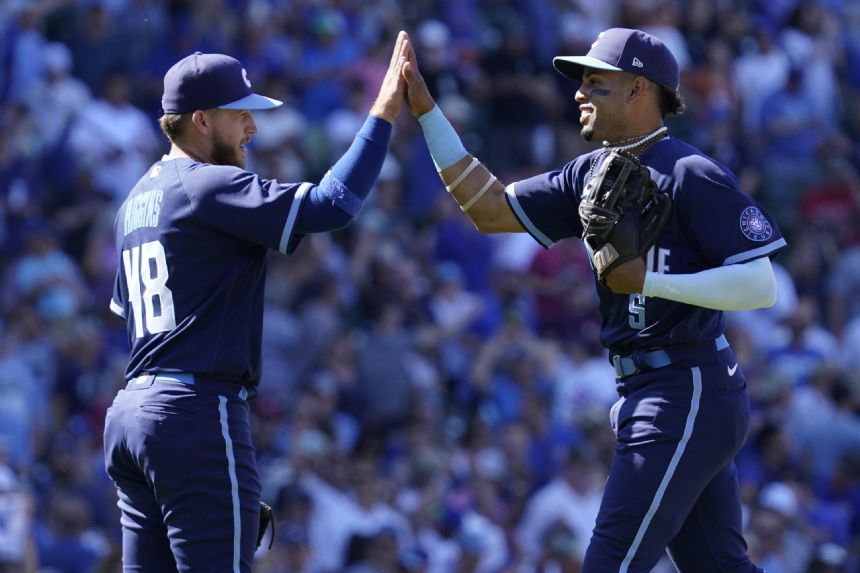 A pair of double-digit streaks had not ended in the same game since Philadelphia beat Houston on Sept. 15, 1999, ending the Phillies' skid at 11 and the Brewers' winning streak at 12.

Chris Martin (1-0) pitched a perfect eighth for his first win for the Cubs. A.J Minter (2-1) was the loser.

WASHINGTON (AP) - Bryce Harper had three hits against his old team in a doubleheader opener, helping Philadelphia win for the 13th time in 15 games and sending Washington to its sixth straight loss.

Nick Castellanos hit a two-run double off Joan Adon (1-11) as the Phillies improved to 12-2 under interim manager Rob Thomson. Philadelphia moved three games over .500 for the first time this season.

Josh Bell homered for the Nationals, who have lost nine of 11 overall and nine straight home games to the Phillies.

Ranger Suarez (5-4) had a 2-0 lead before he threw a pitch, and Brad Hand got three outs for his second save.