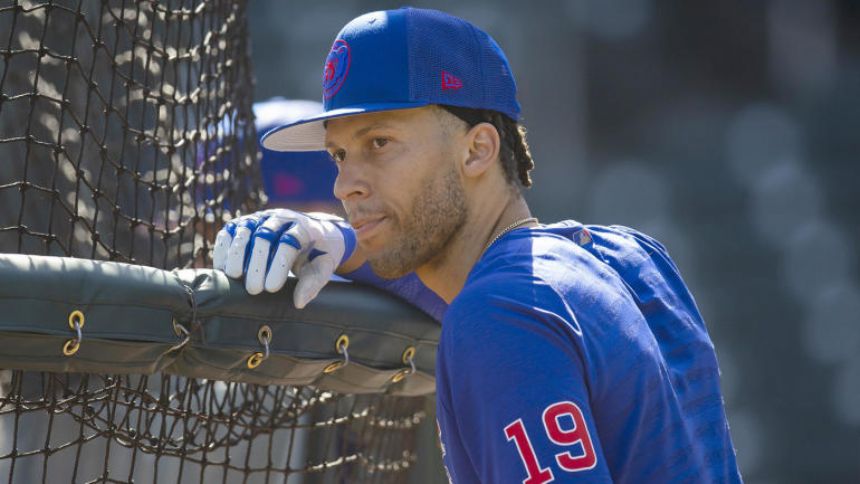 The Chicago Cubs reinstated infielder Andrelton Simmons from the injured list on Saturday and then'designated him for assignment. Simmons had not appeared in a game since July 10 because of a strained right shoulder. The Cubs will now have seven days to place him on waivers or release him.

Simmons, 32, signed a one-year pact worth $4 million in March to provide the Cubs with veteran infield depth. Shoulder inflammation caused him to miss the season's onset, however, and he was largely ineffective upon his return. Indeed, in 34 games he batted .173/.244/.187 (24 OPS+) with one extra-base hit across 85 plate appearances. He did see his first action in the majors at a position other than shortstop, appearing in 18 games as a second baseman. He made his first pitching appearance, too, throwing an inning against the Cincinnati Reds in late May as part of a 20-5 loss.

Simmons was never known for his offensive ability, but his bat has reached new lows dating back to last season. In 165 games, he's posted a .216/.277/.261 slash line and a 52 OPS+. His average exit velocity has slipped to the low-80s during that span, suggesting he's no longer capable of hitting the ball with authority -- or, at least, with authority relative to his past standards.

Simmons is the second veteran infielder the Cubs signed over the winter to be released in recent weeks, joining Jonathan Villar. He's the third notable veteran to be handed a pink slip since Major League Baseball's trade deadline passed on Tuesday: Earlier in the week, the Boston Red Sox released outfielder Jackie Bradley Jr. while the Philadelphia Phillies did the same to shortstop Didi Gregorius.'

The Cubs, for their part, will proceed with a starting middle infield of shortstop Nico Hoerner and second baseman Nick Madrigal. The Cubs have also shown a willingness to give standout rookie Christopher Morel burn at both positions.