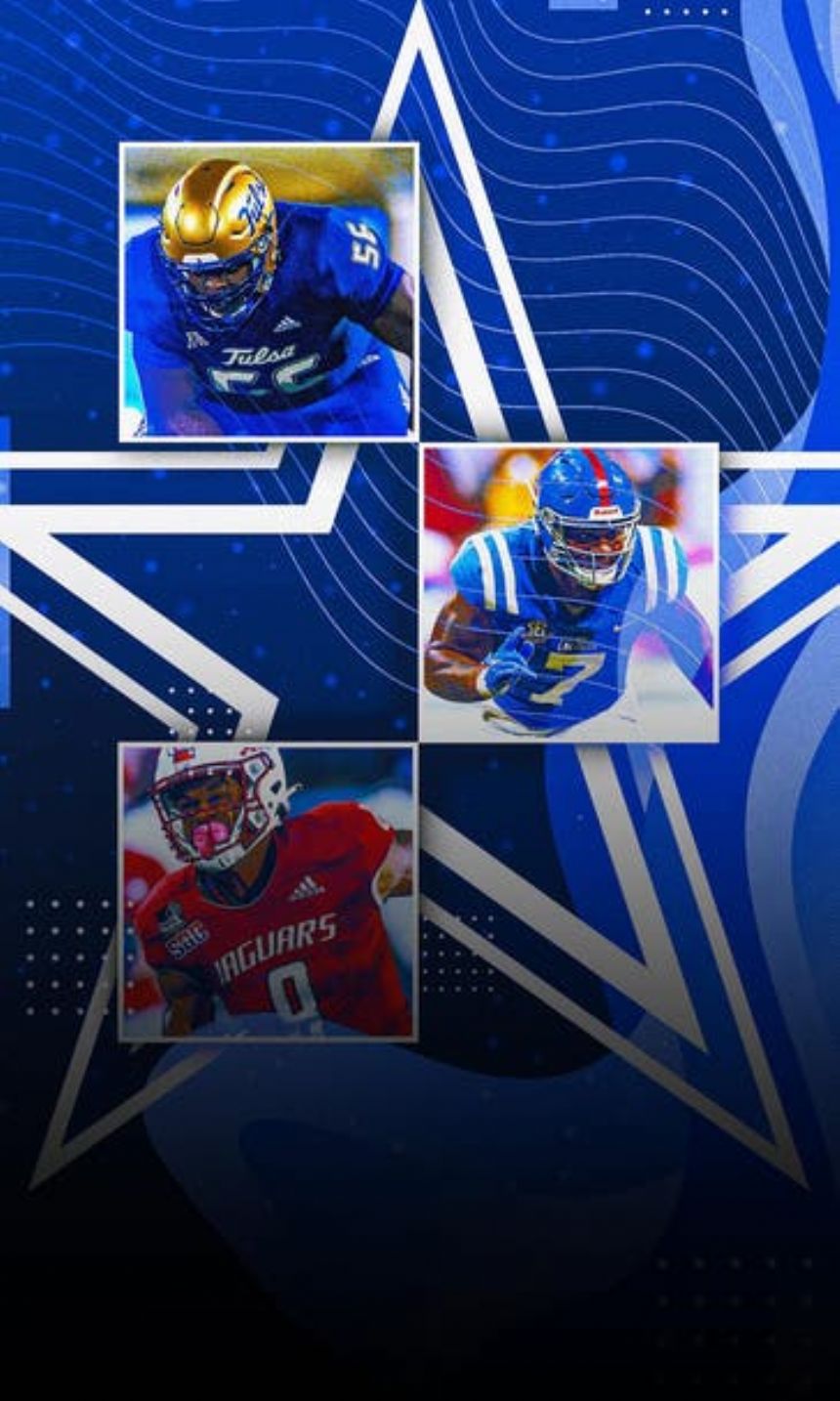 The Dallas Cowboys' rookie minicamp began Friday, and a handful of incoming players are already turning heads in a big way after the first full day of practice.

Minicamp included a slew of undrafted free agents in attendance alongside the Cowboys' nine draft picks.'

Here are the initial reactions to the Cowboys' rookies.

The Cowboys selected Smith with their lone first-round pick at No. 24 overall. On Friday, the 21-year-old offensive lineman signed a four-year deal worth $13.38 million fully guaraneiibcckuiuvfvjnjvfhiinkinrledchbjevigtcnrhrv

teed with a fifth-year option. Smith took most of his reps at left guard - for the first time since high school - during the initial practice.

"It felt good, I won't even lie," Smith said. "You surprise yourself sometimes. It was a great feeling. It was a change, for sure. But I felt like, today, I really rose to the challenge. Of course, there's more to improve upon - I even realize that, just in the way I step. It's all different. But having Coach Philbin and Coach Blasko teaching me and taking me through the steps, they're doing a great job getting me up to speed."

Mike McCarthy was raving about Williams - the Cowboys' second-round pick at No. 56 overall as their replacement for Randy Gregory - after the first practice of rookie minicamp.

"I think we'd all agree that Sam Williams looks like a guy that was born to play professional football," McCarthy said. "He has the gifts. He has the physical traits. He had two pass rushes today. I know we're just in helmets, but he was clean in the backfield. He has that kind of ability. He's in a great place. He's obviously in an excellent system that he'll definitely benefit from. I think he'll do extremely well early for us."

Offensive coordinator Kellen Moore said that the Cowboys plan on having Tolbert - Dallas' third-round selection at No. 88 overall - try out multiple positions to see what fits well.'

"I'm ready and willing to play any position," Tolbert added.

The Cowboys selected Ferguson with the 129th pick of the draft to complement Dalton Schultz.' The 23-year-old was a first-team All-Big Ten pick last year and checks in at 6-foot-5, 245 pounds.

He was one of the last players to leave the field after the opening day of practice.

It appears that Terence Steele will be the Cowboys' long-term answer at right tackle after veteran La'el Collins was released this offseason. Last year's fourth-rounder Josh Ball and this year's fifth-round pick Waletzko (No. 155 overall) are the two players likely to battle for the role of Dallas' go-to swing tackle, should Tyron Smith miss time - and the 22-year-old Waletzko'is already putting in work at minicamp.