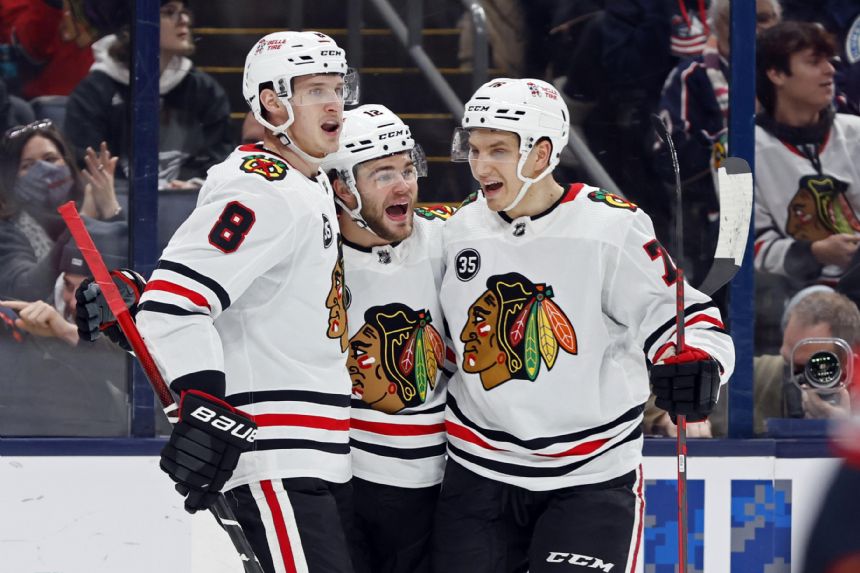 Columbus has dropped four of five and lost at home to the Blackhawks for the seventh consecutive time.

Connor Murphy also scored for Chicago, and Marc-Andre Fleury made 24 saves for his 11th win.

Boone Jenner scored for Columbus, and Gus Nyquist had a short-handed goal and an assist.

Jenner put Columbus on the board, scoring off a behind-the-net feed from Nyquist at 12:51 of the first period for his team-leading 14th goal.

DeBrincat pulled the Blackhawks even 24 seconds later, burying a blueline pass from Riley Stillman past Korpisalo's glove side.

DeBrincat's goal continued an 11-game point streak against the Blue Jackets, dating back to the beginning of the 2018-19 season.

The Blackhawks went up 2-1 after Philipp Kurashev outraced Jake Bean and found the trailing de Haan, who scored his first of the season at 15:10 of the second. His previous goal came on Jan. 22, 2021, a span of 70 games.

Murphy, an Ohio native, made it 3-1 at 6:36 of the third period with a shot from the left circle. Patrick Kane's helper extended his assist and point streak to five games.

Nyquist got Columbus within one on a short-handed goal at 18:39, before DeBrincat slammed the door with an empty-netter with 14 seconds remaining for his team-leading 25th goal of the season.