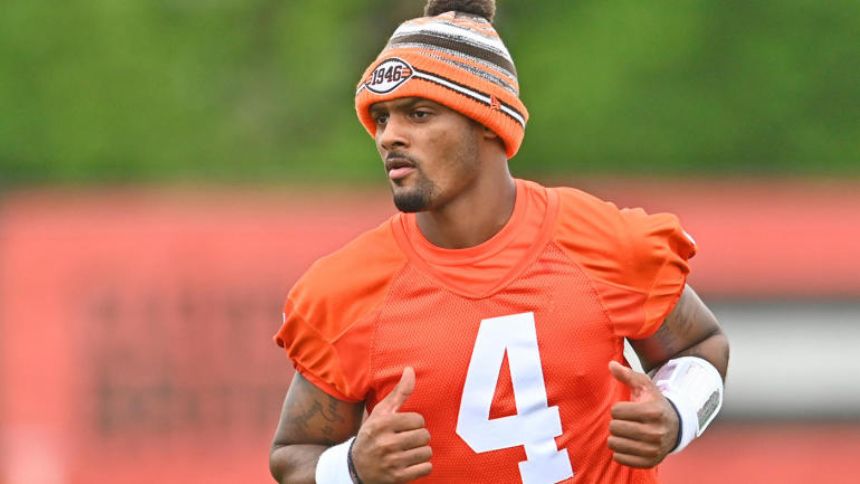 It appears that clarity is finally on the horizon regarding Deshaun Watson's status for the upcoming 2022 season. The Cleveland Browns quarterback is expected to be informed of Sue Robinson's decision on a possible suspension on Monday, as reported by AP Sports NFL Insider Josina Anderson.'

The NFL is reportedly pushing for an indefinite suspension that would at least last for the duration of the 2022 season. Watson faced 24 civil lawsuits that accused him of sexual misconduct during massage sessions during his time with the'Houston Texans. He has since settled on 20 of those suits. Watson, who has denied any wrongdoing, was not indicted on criminal charges by two Texas grand juries earlier this offseason.

If Robinson follows the NFL's recommendation and hands down the year-long ban, Watson and the NFLPA will likely appeal the ruling. However, with NFL commissioner Roger Goodell owning the power to rule on the appeal, it seems unlikely that any major alterations to the suspension would actually occur during that process. The indefinite piece to this recommendation also gives the NFL some wiggle room to increase the punishment on Watson if more information regarding this issue comes to light.'

If suspended, the league would likely determine that Watson violated the league's code of conduct policy. The NFL introduced the policy in 2007 in an attempt to improve off-field player behavior. One of the most notable suspensions involved current'Cowboys'running back'Ezekiel Elliott. Elliott served a six-game suspension in 2017 despite the NFL's lead investigator in the case reportedly recommending that no suspension take place. With Elliott sidelined, the Cowboys missed the playoffs a year after going 13-3.'

With the status of their quarterback up in the air, the Browns recently signed former first-round pick Josh Rosen. The Browns' depth chart also includes veterans Jacoby Brissett and Joshua Dobbs. Browns coach Kevin Stefanski said last week that Watson and Brissett are going to get "a ton of reps" as the team goes through the opening stages of training camp. Stefanski did not discuss Watson's current situation regarding a possible suspension.'

"I don't have much to add on Deshaun's status," Stefanski said, via Zac Jackson of The Athletic. "We have a plan, and as information becomes available, we can adjust that plan."