Deshaun Watson gets six-game suspension, plus the Chiefs finally get key player at training camp 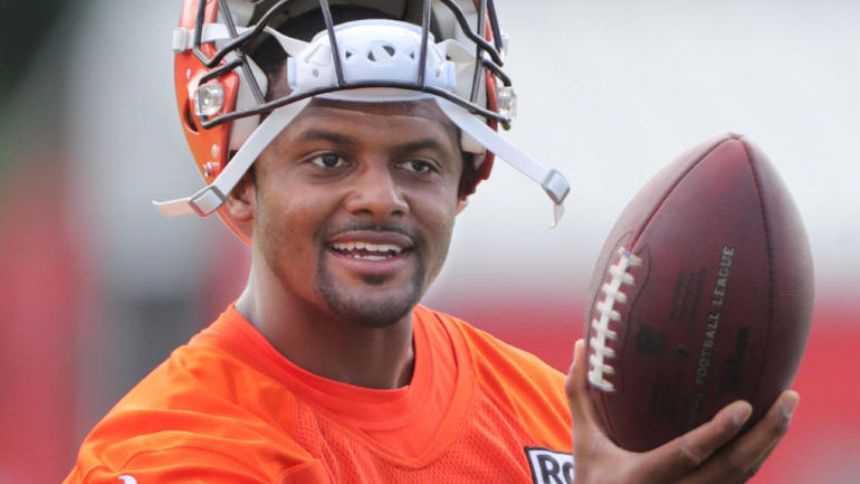 Welcome to the Monday edition of the Pick Six newsletter!

After being out for the past week, I am finally back, and I have to say, it was very nice of Sue Robinson to wait for me to return from vacation before dropping the Deshaun Watson decision. If you somehow missed it this morning, Watson has been suspended for the first six games of the NFL season. However, there's also still a chance that six games might not end up being the length of his suspension.'

How is that possible? We'll be covering that and more in today's newsletter.'

By the way, before we get to the rundown, I'd like to thank Cody Benjamin and Tyler Sullivan for holding the fort together while I was gone last week. If you're wondering what I did on vacation, I spent half of it watching replays of Evan McPherson's 65-yard field goal from Bengals training camp. If you would also like to spend hours upon hours watching that kick, you .'

With that in mind, let's get to the first rundown.'

During the NFL offseason, we like to spice things up each week on the Pick Six Podcast by adding a listener mailbag every Monday. We'll be rolling these out every week until the season starts.'

Our mailbag episodes are pretty simple: We read listener questions during the show and then answer as many of those questions as possible. Questions can be about literally anything. I mean, in today's mailbag alone, there was a question about who the starters would be for the United States team if the NFL ever created a football World Cup. If we'll answer that, trust me when I say that we'll answer almost anything.'

Anyway, if you want to submit a question, all you have to do is go to Apple Podcasts (click here) and leave a five-star review that includes your question.'

Here's one question that Will Brinson and Ryan Wilson answered today (I was not part of today's mailbag because it was recorded before I got back from vacation. Wilson and Brinson REFUSED to wait for me, just in case you're wondering what it's like to work with them).

Brinson: "I think it's going to be Geno. Drew Lock is not the guy you want to trust to manage the game.... I think they trust Geno enough to not make massive mistakes, to be cautious, to check down when they need to, to be a very boring quarterback and to steal some wins."

I should probably also note here that Brinson is somewhat high on the Seahawks this year. He's one of about seven people in America who believes that the Seahawks can win at least seven games this season, "I know it's crazy and it probably won't happen, but everyone is burying them."

If you want to listen to the rest of the mailbag,'be sure to click here. You can also watch today's episode on YouTube by clicking here.

After more than a month of waiting, Deshaun Watson finally found out his fate on Monday. The Browns quarterback', which was handed down by former federal judge Sue L. Robinson, the disciplinary officer who was jointly appointed by both the NFL and NFLPA.'

Robinson spent just over one month going over the details of the case before rendering her decision. The NFL and NFLPA spent three days arguing Watson's case in front of Robinson back in late June (June 28-30) with the league arguing that the QB should be suspended for at least a year and the NFLPA arguing that Watson shouldn't serve any suspension at all.'

Just because we now know the length of the punishment doesn't mean this situation is necessarily over and that's because the NFL can still appeal.'

Let's take a look at everything we know so far:'

Watson is expected to be at Browns training camp today.'

After more than two months of drama, the standoff between Deebo Samuel and the 49ers is finally over. The two sides agreed to a three-year contract extension that will keep him in San Francisco through the 2025 season.

Back in April, it looked like Samuel might be on his way out of San Francisco , but now, he won't be going anywhere.'

The new contract doesn't answer one key question: How will the 49ers use Samuel going forward? There this year that he wants to cut down on his snaps at running back, but it's not clear if that was taken into consideration when the contract was negotiated. Samuel rushed for eight touchdowns last season, which is the NFL record for a wide receiver. He also led the NFL with 18.2 yards per reception on 77 catches.'

When the Chiefs started training camp last week, Orlando Brown didn't show up, but their starting left tackle is expected to be in camp as of today, according to ESPN.com.'

Brown was hit with the franchise tag back in March and after he was unable to reach a long-term deal by the July 15 deadline, there were reports that he was contemplating skipping training camp.'

A total of eight players were hit with the franchise tag this year and before this week started, Brown and Bates were the only two who weren't in training camp. '

APSports.com's Bryan DeArdo created the team and although there are no Hall of Famers, the roster is still insanely loaded.'

Here's a look at the offensive skill players on our "best all-time roster you can make without using any Hall of Fame players."

If you want to see the entire roster, including defensive players, . If you do click over, you'll notice that Jim Breech is not the kicker on this team, which makes me incredibly sad.'

It was a wild weekend in the NFL, and since it's nearly impossible to keep track of everything that happened, I went ahead and put together a roundup for you.'