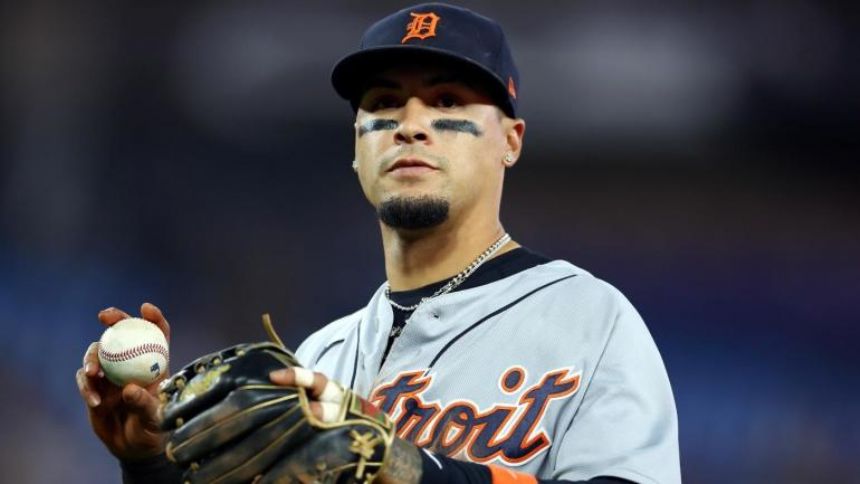 Detroit Tigers shortstop Javier Baez'is offering free food to victims of Hurricane Fiona in Puerto Rico as the heavy rains have caused flooding and left many people without power. Baez, born in Bayamon, Puerto Rico, owns a restaurant called Taquiza in the northern coast of the island and offered to help those affected through a post on his Instagram story on Monday.'

Fiona, currently classified as Category 3 storm, is the first major hurricane of the season. According to AP News, there are 1.3 million people without power and almost 840,000 with no running water in the island. In the southern coast, as much as 25 inches of rain were reported, accompanied by winds of up to 91 miles per hour.'

The situation has been devastating, one flood even caused the collapse of a metal bridge in the Guaonica River. President Joe Biden issued an emergency declaration on Sept. 18.

Video captures the moment surging floodwaters washed away a bridge in Puerto Rico due to Hurricane Fiona on Sunday. The National Hurricane Center warned of "catastrophic flooding" and a "potential local maximum" of 30 inches of rainfall on the island. https://t.co/mwXaXh6RB5 pic.twitter.com/00YI0Po0m9

Unfortunately, the lack of power is not a new issue for Puerto Rico. Just five years ago, the island's power grid was hit by Hurricane Maria. Puerto Rico was barely starting to recover and has once again taken a massive hit.

Baez's family moved to the Florida in 2005. The 29-year-old has spent much of his life in the United States, but he has shown his love for his native island through the years. He has represented Puerto Rico in the World Baseball Classic and was part of the roster that took the silver medal in 2017. Earlier this month, he once again committed to Puerto Rico for the 2023 tournament.