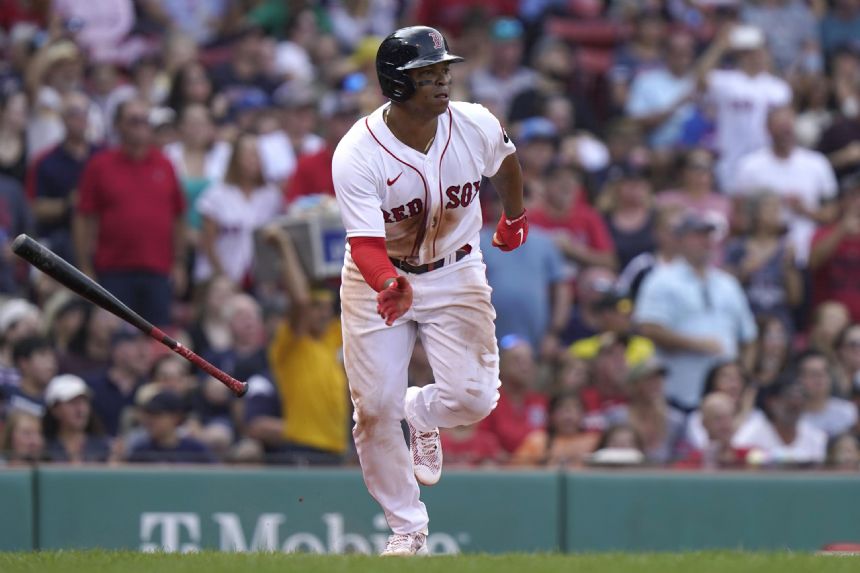 Xander Bogaerts, who can opt out of his contract with the Red Sox at the end of the season, added two hits with an RBI double, raising his average to .316. His double moved him into a tie with Dom DiMaggio (308) for ninth on Boston's career list.

Salvador Perez hit a solo homer for Kansas City. Vinnie Pasquantino and Drew Waters each had an RBI double.

Devers' two-run single made it 7-3 in the fifth. Boston then blew it open with four runs in the sixth.

With the NFL in its second week, some of the Red Sox discussed their fantasy lineups in the clubhouse before the game.

Manager Alex Cora even joined in when he talked about Pham.

"I know you guys will like this one and you guys can run away with it, but yesterday I heard he's the best fantasy football player we have," Cora said. "A lot of connections. ... He knows game plans and all that. He has a lot of people in the league and he takes advantage of that."

Pham was suspended in May for three games after slapping Joc Pederson (then with the Braves) over a fantasy league disagreement.

Red Sox: RHP Nathan Eovaldi (right shoulder inflammation), who can become a free agent after the season, threw a simulated game off the Fenway mound. He hopes to start at least two more times, with both likely coming at home. "I love pitching here, regardless the time of the year, but with the possibility of these possibly being my last two, I'm excited for them," he said.