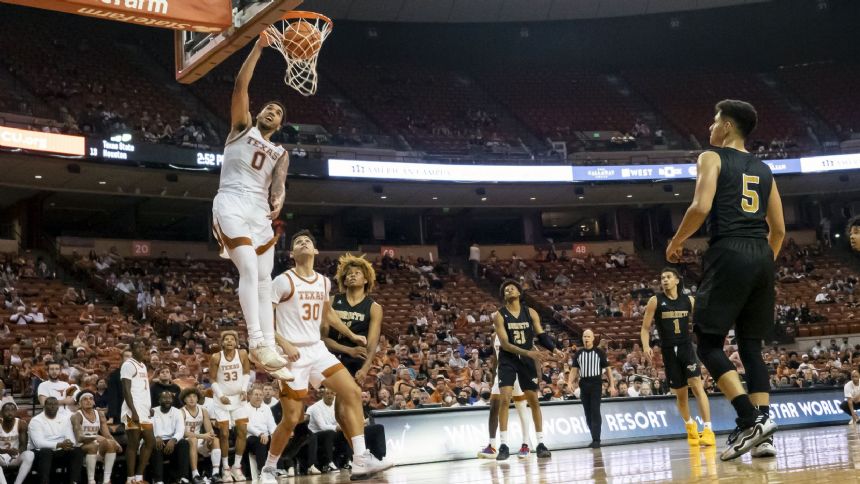 AUSTIN, Texas (AP) - Dylan Disu scored 14 points and made three blocks and No. 16 Texas pulled away in the second half to defeat Alabama State 68-48 on Wednesday.

Gerald Liddell, a former Longhorn who transferred to Alabama State this season, led the Hornets with 16 points. Juan Reyna added 10.

Texas (9-2) and Alabama State were not scheduled to face each other until their original opponents this week experienced COVID-19 issues.

The Hornets were without coach Mo Williams, whose wife, Antonia, is due to give birth.

They looked fine without him early, making some difficult shots while taking a 13-2 lead. Texas missed six of its first seven shots and appeared tentative, committing five turnovers in the first six minutes. Then the Longhorns hit six of their next eight shots, working their way to a 29-25 halftime lead.

The Longhorns created some separation with a 10-0 push early in the second half that included a pair of 3-pointers by Carr.

Texas: The Longhorns continue compiling wins against inferior opponents. Alabama State is the third Texas victim below No. 300 in the NCAA Net Rankings. The Hornets are No. 309. (Rice is No. 160). Next up is No. 339 Incarnate Word.