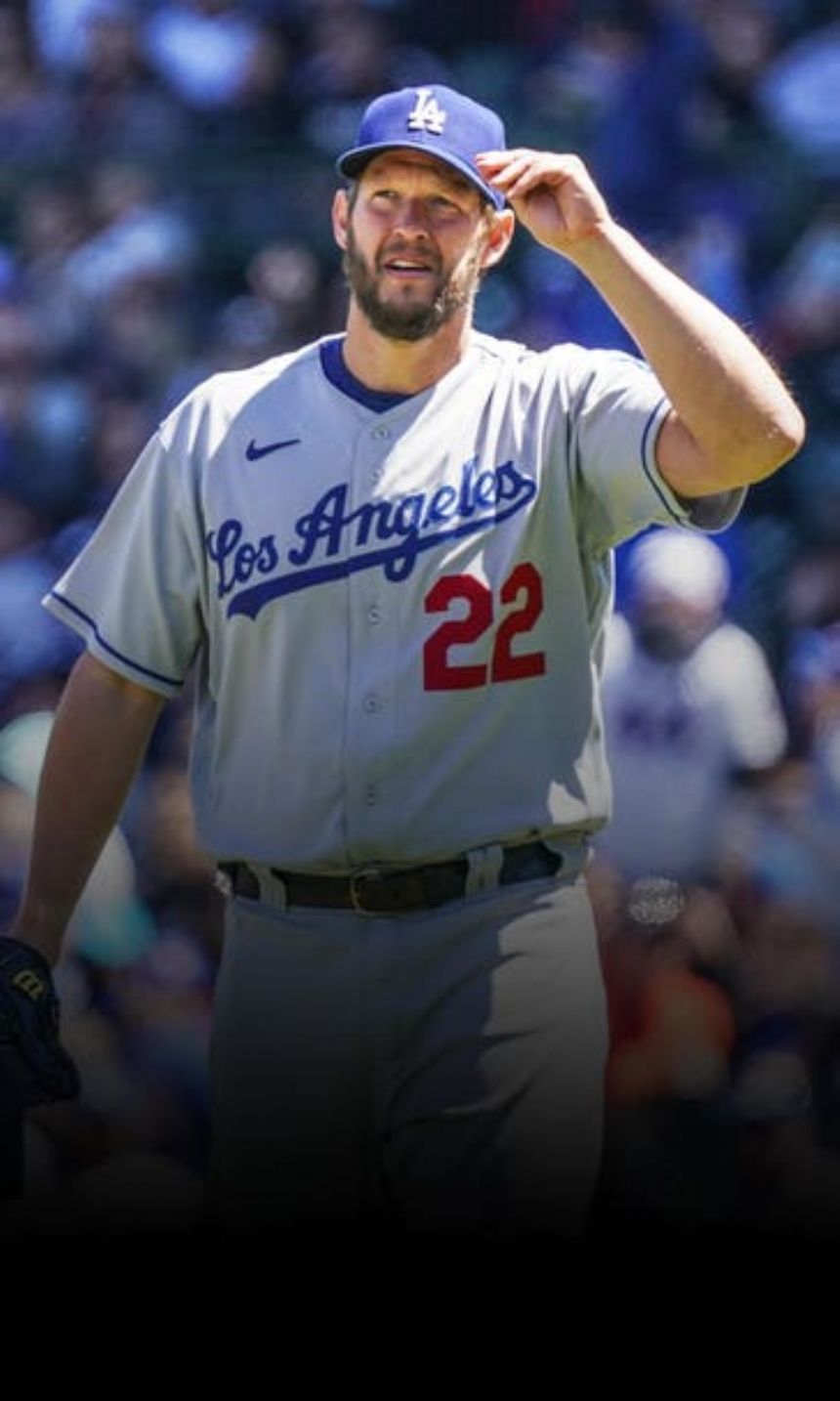 The Los Angeles Dodgers announced on Friday that they had placed Clayton Kershaw on the injured list with right SI joint inflammation.

The Dodgers made the move several hours before Kershaw was slated to face the Philadelphia Phillies at Dodger Stadium on Friday night. Walker Buehler will start instead.

Los Angeles recalled left-hander Garrett Cleavinger from Triple-A Oklahoma City to take Kershaw's roster spot. Cleavinger has allowed one earned run in 1.2 innings with the Dodgers. His last appearance with Los Angeles was on April 24 at San Diego.

The 34-year-old Kershaw is off to an outstanding start to his 15th season with the Dodgers. The three-time NL Cy Young winner has 32 strikeouts and just three walks in his five starts since signing a $17 million, one-year deal in March to return to his only professional club. He is 4-0 with a 1.80 earned run average.

Kershaw has spent time on the injured list in each of the past seven seasons. He was bothered by left arm pain for the entire second half of last season, and he missed the Dodgers' playoff run.

What does an injury like this mean for the former MVP and Cy Young winner?

The SI joint (sacroiliac joint) is located in the pelvis and links the iliac bone to the sacrum. Per the Mayo Clinic, when inflamed, it can cause low back, hip or leg pain.

The Dodgers believe this is a short-term injury, but because pitchers are now required to spend a minimum of 15 days on the injured list, he isn't eligible to return until May 28.

With this trip to the IL, along with Andrew Heaney still there, the Dodgers' starting rotation includes Buehler, Julio Urias, Tony Gonsolin and Tyler Anderson.'

With a doubleheader scheduled for Saturday, the Dodgers will have to figure out who gets the start in a possible bullpen game.'

Reporting from the Associated Press.