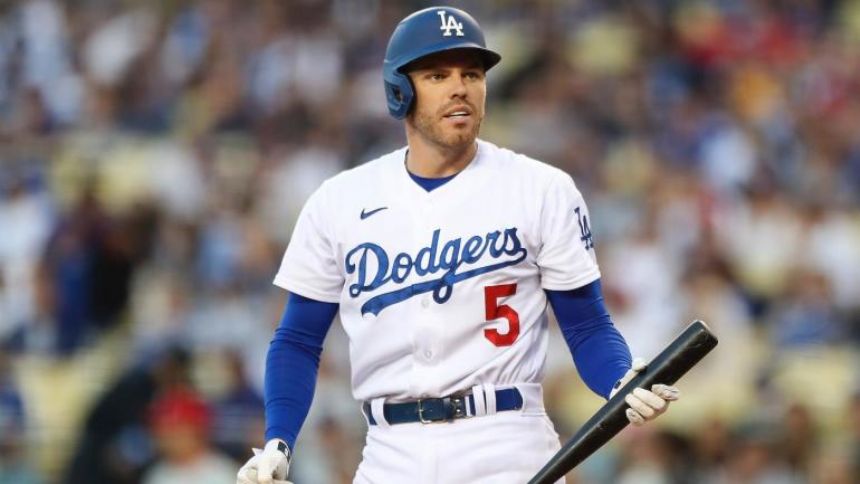 The Los Angeles Dodgers visit Great American Ball Park on Tuesday. The Dodgers and the Cincinnati Reds kick off a three-game set in front of a passionate crowd in Cincinnati. The Dodgers enter at 40-25 and aim to keep the lead in the NL West. The Reds are 23-43 after four consecutive losses. Tyler Mahle is getting the start for the Reds, while'Tony Gonsolin is taking the hill for the Dodgers.

First pitch is at 6:40 p.m. ET in Cincinnati. Caesars Sportsbook lists Los Angeles as a -190 favorite on the money line, while the Over-Under, or total number of runs Vegas thinks will be scored, is 9.5 in the latest Dodgers vs. Reds odds. Before you make any Dodgers vs. Reds picks, you need to see the MLB predictions and betting advice from SportsLine's advanced computer simulation model.

The SportsLine Projection Model simulates every MLB game 10,000 times and it is off to a strong start to the 2022 season. It's on a 56-47 roll on top-rated MLB money-line picks through 11 weeks. Anybody who has followed it has seen profitable returns.

Now, the model has set its sights on Dodgers vs. Reds, and just locked in its picks and MLB predictions. You can head to SportsLine to see its picks. Now, here are several MLB odds and betting lines for Dodgers vs. Reds:

Why you should back the Dodgers

Los Angeles is clearly superior to Cincinnati on offense. The Dodgers lead the NL in walks this season, with top-three marks in OPS, slugging percentage, on-base percentage, doubles, and stolen bases. Los Angeles is also in the top five of the league in runs scored (326), and Cincinnati has the worst bullpen in the NL. The Reds are dead-last in the league in wins above replacement and ERA (5.06) for relief corps.'

The Dodgers also have sparkling run prevention behind Tony Gonsolin, who has a 1.42 ERA in 12 starts this season. That includes a 0.49 ERA in the month of June, and opponents have a .483 OPS against Gonsolin this season. Cincinnati's offense ranks below the league in average in virtually every offensive category, and Los Angeles has a stout bullpen that leads the league in ERA and walk rate in 2022.

Why you should back the Reds

The Reds are facing a Dodgers team that has not been typically dominant in recent days. Los Angeles is just 7-11 in the last 18 games, posting a .302 on-base percentage and a .392 slugging percentage over that sample. In contrast, Cincinnati has vastly improved after a hideous start to the 2022 season, and the Reds are above-average in avoiding strikeouts at the plate.'

From there, the Reds can lean on Tyler Mahle for quality on the mound on Tuesday. Mahle is No. 3 in the National League in striking out 10.4 batters per nine innings this season, and he has struck out 10.6 batters per nine innings over the last three seasons. In 2022, opponents have only a .665 OPS against Mahle, and he has a 1.30 ERA over his last four starts. Mahle also finished in the top ten of the NL in wins above replacement for pitchers in 2021, and he is a quality option by any measurement.

How to make Dodgers vs. Reds picks

SportsLine's model is leaning over on the run total, and it says one side of the money line has all the value. You can only get themodel's picks at SportsLine.

So who wins Dodgers vs. Reds? And which side has all the value? Visit SportsLine now to 'which side of Dodgers vs. Reds you need to jump on Tuesday, all from the model that has crushed its MLB picks, and find out.'