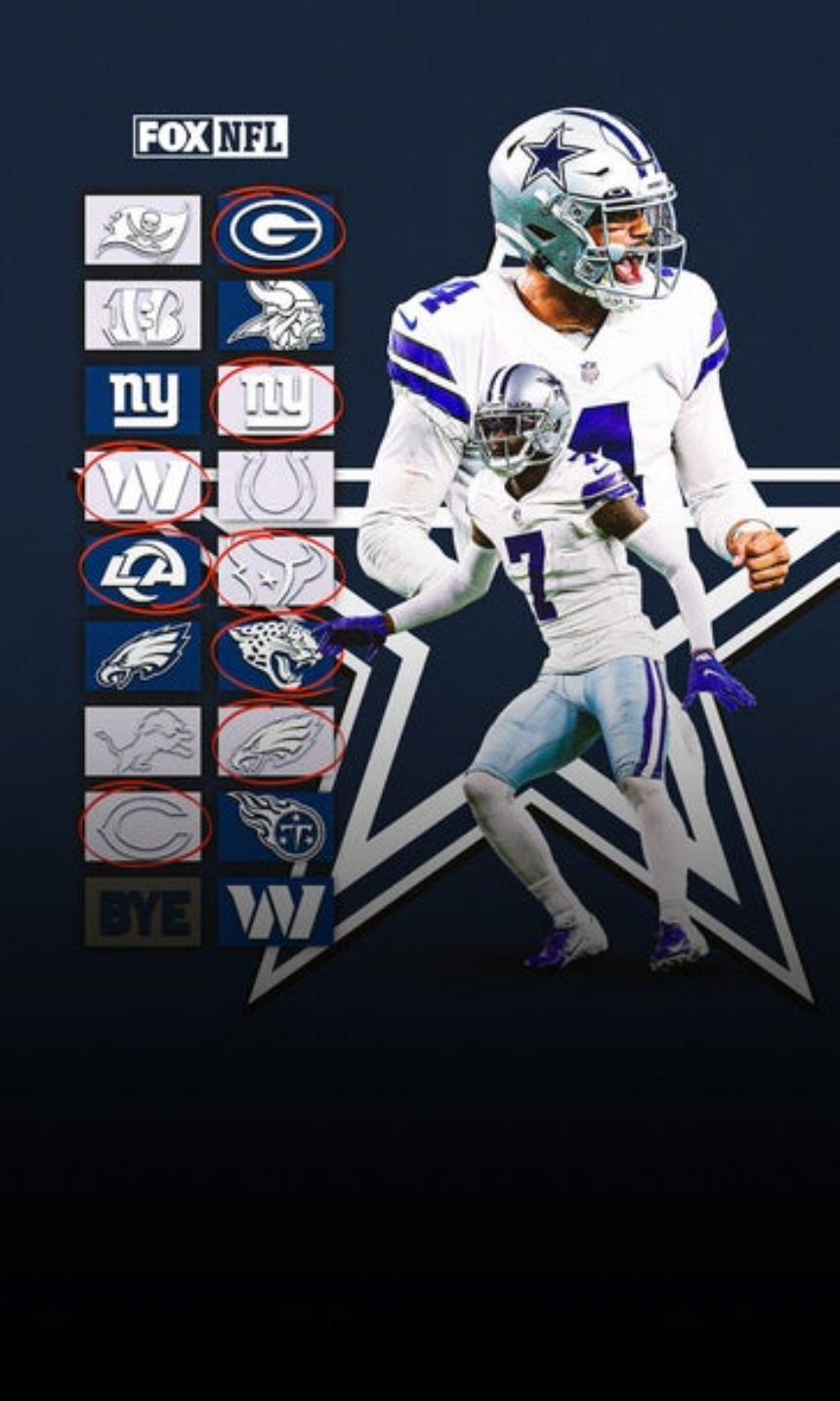 The NFL released the regular-season schedule on Thursday, and the Dallas Cowboys are featured on AP a whopping eight times.

This includes a November 13 trip to Lambeau Field to face the Green Bay Packers, a matchup that AP Sports NFL Writer Eric D. Williams ranked among the top 10 of the season, writing:'

"Dallas coach Mike McCarthy returns to his old stomping grounds of Lambeau Field to take on his former team. McCarthy is under intense pressure after his team's disappointing first-round exit from the playoffs last season. The Cowboys face another team with high expectations in Aaron Rodgers and the Packers, who must figure out how to replace the production of traded WR Davante Adams."

The question is, are the Cowboys deserving of so much national attention?

The answer is, yes, according to Shannon Sharpe.

On Friday's "Undisputed," Sharpe pointed out that Dallas plays in one of the worst divisions in the NFL, which means a lot of victories, and probably a second-straight division title, coming their way.

"I think it comes down to the last two weeks of the season before we determine who wins the NFC East," said Sharpe. "I'm picking the Cowboys because I trust Dak (Prescott) a lot more than I trust Jalen Hurts. I've got no trust in Daniel Jones ... with that being said I'm gonna say the Cowboys win at 10-7 and go 5-1 in the division. Going 5-1 in the division, now you have to command the lead and all the tiebreakers go through you."

Based on the schedule, the Cowboys are set up to avoid any type of late-season collapse like last season, when they went 6-5 in their last 11 games. They also exited the playoffs after setting a franchise record for penalties in a home playoff game.

Unlike his co-host, Skip Bayless thinks the Philadelphia Eagles will win the division and go 8-1 in their first nine games.

According to Bayless, the Cowboys' season will start slow, and it's possible that after Week 6 they will be 2-4.

The NFL schedule is out! Skip Bayless breaks down his Dallas Cowboys 2022 opponents and predicts their win-loss record. Will "America's Team" own the NFC East back and go on a playoff run?

He continued to say that the Cowboys should beat Detroit and Chicago at home, but will lose at Green Bay and Minnesota.'

"Now, here we go. It's the flip side of last year because down the stretch it starts to open up where I think they can win six of their last seven games," said Bayless. "They lose at Tennessee, but that's the only loss I have in the last seven games ... Is my takeaway [they] win the division? It is not."

Will the Cowboys prove Bayless wrong, get off to a better start and make Sharpe look like a genius? It could all come down to the first half of the schedule.