Dribble Handoff: Top 2022 NBA Draft prospects who could still make a roster even if they aren't picked 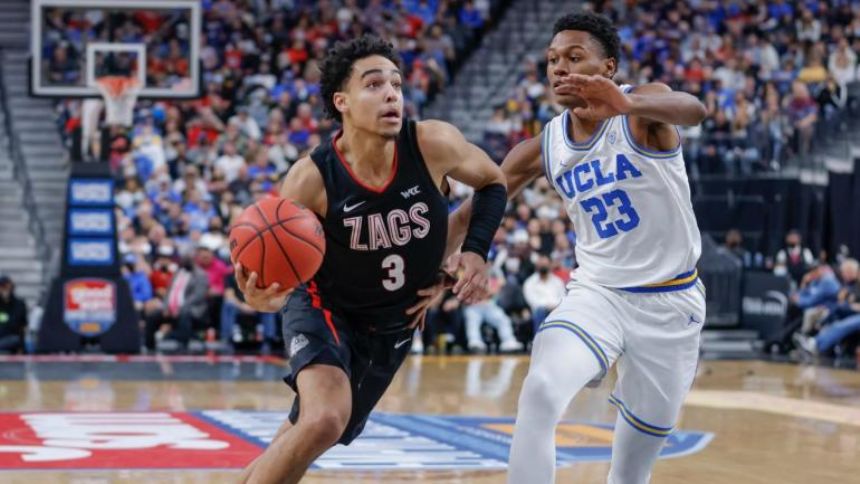 As the 2022 NBA Draft approaches, the futures of dozens of young players hang in the balance. While much of the attention centers around who will be taken - and in what order - with the first few picks, the intrigue will last long into Thursday night. There are just 58 selections in this season's draft, as the Bulls and Heat go without second-round draft picks due to sanctions incurred because of tampering violations.

With two fewer picks than normal, that means the pool of undrafted free agents will be even deeper than usual. They rarely make headlines on the front end, but undrafted players regularly find homes in the league. Among those who played key NBA roles as undrafted rookies in the 2021-22 season including Austin Reaves of the Lakers, Omer Yurtseven of the Heat and Jose Alvarado of the Pelicans.

As Toronto Raptors point guard Fred VanVleet showed this past season, even All-Star appearances are within reach for undrafted players. VanVleet is among numerous undrafted NBA veterans.

So which players projected outside the top 58 of the 2022 draft class - which is to say, anyone not ranked that high on the consensus AP Sports big board - are most likely to carve out successful NBA careers? Our writers give their takes for this week's edition of the Dribble Handoff.

This is obviously me just leaving open the possibility that a player who was ranked 12th in the Class of 2021 --- ahead of projected first-round picks like Malaki Branham, TyTy Washington and Jeremy Sochan -- will put an underwhelming only season at UCLA in his past and figure out a way to make it to the NBA and then stick. Watson is 67th on the AP Sports consensus big board -- but that doesn't guarantee he won't get drafted. In fact, I've seen him in the 30s of some mock drafts. So if you're a believer in the idea that the only reason he didn't play even 13 minutes per game at UCLA is because he joined a program that returned every relevant piece from a team that played in the 2020 Final Four, which can be a difficult rotation to crack, why not take a flyer on a 19-year-old former five-star prospect who stands 6-foot-8, which is great size for a wing? Yes, it would be a long-term investment; if Watson couldn't make an impact at UCLA last season he won't make an impact in the NBA next season. But he certainly could someday and is totally worth a big swing in the second round provided the franchise taking the swing is patient enough to try to develop him over a matter of years, not months.'-- Gary Parrish

This one's an easy one! My big-board mock draft that posted earlier this week has a few against-the-grain inclusions of players who you won't find in the first round of many a mock. But there will be outliers. Be it a couple or even a half-dozen, we're near-guaranteed to look up in, say, 2026 and see undrafted players who have made it and are safely in the league. In such a down year for point guards, Nembhard (66th on our board) shapes up as a top-five prospect at the position in the 2022 draft. He was a vital piece on Gonzaga teams that combined to go 59-5 the past two seasons. Nembhard shot 38.3% from 3-point range last season and struck the balance between show-runner and still getting his from time to time. He totaled 365 shot attempts on a team that featured Chet Holmgren and Drew Timme. A year ago, he still managed to be a crucial cog with Jalen Suggs primarily playing lead guard. His 6-5 frame and above-average vision give him a wonderful chance at being a years-long NBA role player.'-- Matt Norlander

Nembhard is the easy answer here -- having him No. 66 already feels like a massive undersell for a potential first-rounder -- but since Norlander scooped him I'll just cheat and take the first player who is ranked outside the top 60: Kamagate, the No. 61 prospect' .'

Kamagate is an interesting developmental prospect who is one of the youngest prospects in the class and simultaneously one of the most raw, too. Standing at 6-foot-11 his length stands out as an asset, as does his ability to leap and play above the rim as a vertical athlete. He can be a good lob finisher and brings a baseline as a prospect of solid defense to the table; he won Best Defender honors in LNB Pro A this year and showcased immense upside as a shot-blocker who can run the floor and defend in space. He doesn't have great feel for the game and is pretty limited in terms of what he can do on offense, but his defense, athleticism and ability to finish above the rim could help him eventually carve out a role as a quality big as he continues to develop.'-- Kyle Boone

Martin's career-best 43% 3-point shooting mark as a senior at UConn make him worth a look if he goes undrafted. The 6-6 wing could find a long-term home as a 3-and-D player if his outside shot translates to the next level. His 7.5 rebounds per game for the Huskies were impressive for a non-post player and reflective of the effort he plays with. Because of that effort and physicality, he should be a plus defender. The 3-point shot is definitely the swing skill since he doesn't bring much shot-creation to the table. But if he's closer to the shooter he was a senior with the Huskies than the 32% 3-point shooter he was as a junior, then there will be home in the NBA for Martin (75th on our board) and he could be knocking down corner shots while pestering opposing offensive playmakers for years to come.'-- David Cobb