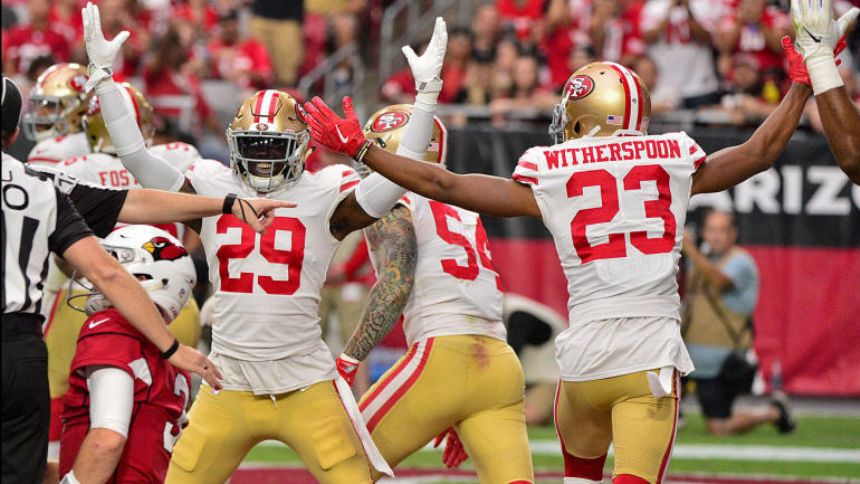 After seven years with the 49ers. Jaquiski Tartt is heading to Philadelphia. The veteran safety has agreed to terms with the Eagles on a one-year deal, the team announced on Friday.'

Tartt, 30, was the 46th overall pick in the 2015 NFL Draft. He made 64 starts in 80 regular-season games with the 49ers, collecting four interceptions, 18 passes defended, two forced fumbles, four sacks and 367 tackles. Tartt also made six starts in the postseason, including Super Bowl LIV.'

Tartt will join an Eagles secondary that includes Darius Slay, Anthony Harris, Marcus Epps, James Bradberry and Avonte Maddox. A three-time Pro Bowler with the Lions, Slay picked up his fourth Pro Bowl nod in 2021, his first year in Philadelphia. Harris spent his first six seasons in Minnesota before joining the Eagles last season. Epps, who also broke into the NFL with the Vikings, has made eight starts over the past two years after being claimed off waivers in 2019.'

Philadelphia is looking to build off of last season's 9-8 record that resulted in a wild card berth. Along with adding more pieces on defense, the Eagles' offense made a slash this offseason with the acquisition of receiver A.J. Brown, a 2020 Pro Bowler who caught 24 touchdowns in three seasons with the Titans. Brown will look to make a connection with third-year quarterback Jalen Hurts, who enjoyed a considerably successful first year as an NFL starter in 2021.'