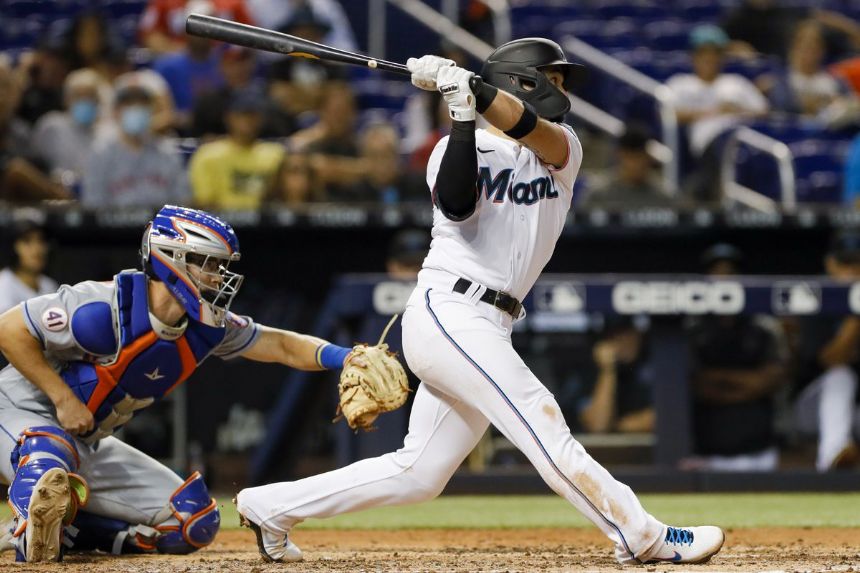 Eddy Alvarez, an infielder and a two-time Olympic silver medalist, has signed a contract with the Los Angeles Dodgers, according to his Instagram account. Major League Baseball's ongoing owner-imposed lockout necessitates that Alvarez's contract is of the minor-league variety. (MLB teams are currently prohibited from signing players to big-league contracts, or from executing transactions involving players on a 40-man roster.)

"I want to take a moment and give thanks to the Miami Marlins for making a hometown [kid's] dream come true," Alvarez wrote as part of a larger post. "Stepping on my first Big League field wearing a uni I idolized ever since I was a boy, was probably one of the most unbelievable feelings in my athletic career. I literally played in my [backyard!]"

Alvarez, who will celebrate his 32nd birthday come late January, appeared in 36 big-league contests with the Miami Marlins over the past two seasons. In those games, he batted .188/.287/.287 (57 OPS+) with one home run and three stolen bases. Alvarez has always fared better throughout his minor-league career, and he'll enter next season having hit .281/.380/.418 in more than 600 games on the farm.

The Dodgers will represent his third professional baseball organization. In addition to his time with the Marlins, he also spent several seasons as a member of the Chicago White Sox, with whom he reached as high as Triple-A.

Alvarez was voted by his fellow Team USA athletes to serve as one of two flag bearers at last summer's Tokyo Olympic Games. (The other was women's basketball legend Sue Bird.) Alvarez and the rest of the men's baseball team went on to win silver medals after losing to Japan in the gold medal game.

Alvarez's other silver medal was won during the 2014 Sochi Olympics. He finished second in the men's 5,000-meter relay in speedskating.