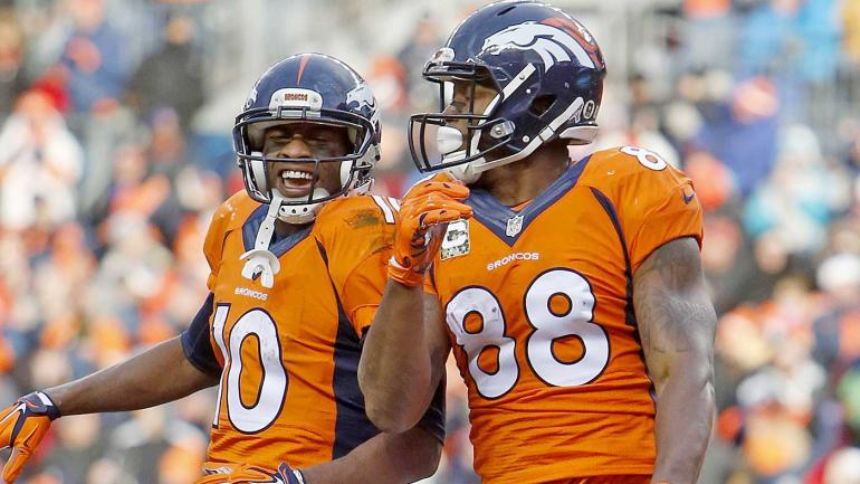 Sanders, who was with Thomas on the Broncos from 2014-18, wanted to continue what his friend started at the Boys & Girls Club by inspiring the next generation.

Talking about how Thomas felt about the Boys & Girls Club, Sanders said:

"Man, he loves this place. I don't know a person who loves this place more than Demaryius Thomas. So to be able to leave this type of legacy here, I know this is what he would have wanted ... I'm always looking up, saying, 'What can I do to help more? Guide me.' I know he's in a better place, and I know he's happy that I'm doing this."

While visiting, Sanders and his foundation donated football jerseys with a No. 88 patch in honor of Thomas. Sanders also led a PLAY 60 clinic for those at the club.'

Members of the club discussed the impact Thomas had, including Jayden Tolson, who says the former wide receiver helped turn his life around.

"He was my everything. He was my superman," Tolson said. "When Demaryius Thomas showed up, it changed my perspective on life. I was getting in trouble, getting suspended from school. I really didn't have a father figure to show me the ropes, but when Demaryius Thomas came he showed me the way to start going."

Tolson is now a campus monitor at Denver North Middle School and is a mentor to the next generation at the club. "I just try do what Demaryius Thomas would want to me do," he says, adding that Thomas would want him to push through the hard times and help the kids who need support.'

Sanders is also trying to do what Thomas would want him to do, and knowing how important the club was to DT, Sanders wanted to give back and be there for the Boys & Girls Club members.

"I still want him to be here today, but the reality is that he's not," Sanders said. "So for me, as a friend and a brother, I'm going to try do everything I can to continuously make sure people know his name."