Erling Haaland to Manchester City: How might Pep Guardiola change his tactics to exploit star striker? 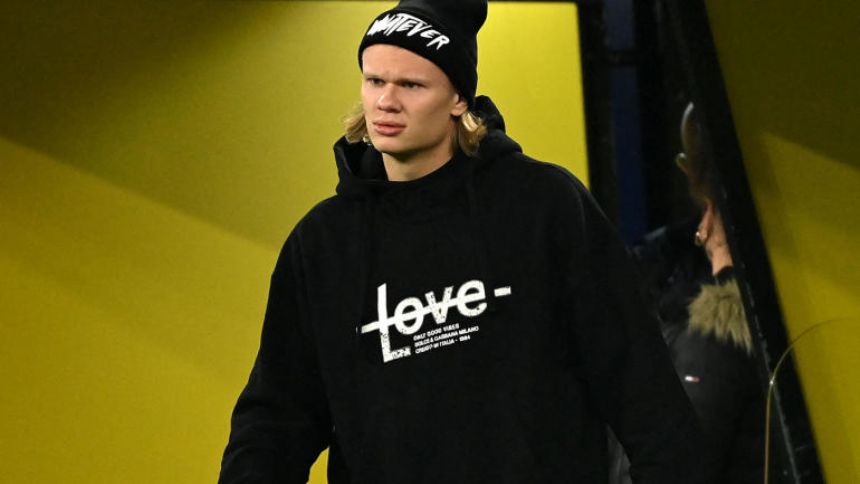 There is no sure thing in football transfers. Indeed, one need only peruse the list of the most expensive signings in football history to reach the conclusion that the correlation between a fee and on field success is, at best, minimal.

Perhaps then it helps that will not occupy the same rarified stratosphere as Antoine Griezmann, and Eden Hazard. City are paying a little over half the price that those $100 million-plus players went for in a deal where Haaland and his advisors have ensured that most of the money paid for the player's services goes to Haaland and his advisors.

For a $63 million transfer fee, a sizeable agent commission and about $450,000-a-week in wages, City have secured a goal-a-game striker who at 22 might be years from his peak. Here is a diamond that could still do with a bit of polishing, one that could be the jewel in the crown for a team who are on course to win a fourth Premier League title. Pep Guardiola has been coping just fine without a classical striker. Now he has one of the best in the world.

It is not as if City have been short of goals without Haaland. This season, they have scored 145 goals across 56 matches and are on course to end the campaign with a triple figure goal difference. The oft-mentioned lack of a central striker has reared its head in how many games this season? Perhaps the defeat to Tottenham where a host of crosses flashed across ' six-yard box? One might argue the Champions League semifinal defeat to Real Madrid, but that would be to confuse an off day for with a lack of finishing quality (the Algerian has outperformed his expected goals in every one of the last five Premier League seasons).

Haaland will help them swell those goal returns or at least explore the outer reaches of how many one team can feasibly score. He is an easier fit into Guardiola's system than might be assumed. For a 21-year-old, he has preternatural understanding of how to manipulate defenses, perfect to dart onto and Joao Cancelo's crosses from level with the box or indeed to sweep in behind for those classic City cutbacks.

After all, he is already doing the latter. His sizeable Dortmund portfolio is filled with moments when he makes the right run at the right moment to meet a teammate's cutback.

His movement is impeccable. For some time in this move, Haaland wanders into an offside position, his chief defender Benjamin Hubner might even think he is safe to leave him there. The young Norwegian knows better. There are more ways in which the play will swing toward him than away from him. The onrushing Donyel Malen could go beyond Haaland, regardless if he gets the ball from his give-and-go, Kevin Vogt will feel compelled to drop back.

That he does, and suddenly Haaland is in prime goal-scoring territory, ready to sweep in another goal that looks far easier in its execution than it was in its crafting.

Haaland is as good as they come as a pure scorer at the highest level. In the German league, he averages better than a goal every 90 minutes off 0.85 expected goals (xG). Before anyone raises the prospect of a Bundesliga tax, one might prefer to examine his frankly ludicrous Champions League returns, an expected goal every 86 minutes and an actual goal every 64. Over the past three years at Europe's elite level, Haaland has been scoring more frequently than Sevilla, Inter Milan or Atletico Madrid.

But then you knew all this already. What is most intriguing about Haaland is how he might develop City away from goal. Since arriving in English football, Guardiola has tended to favor extreme width in his side and has only leaned further into that approach as the years have gone by. His teams have built more and more of their attacks down the flanks and have eschewed the punching through the gut offense that Yaya Toure led in past City teams. In 2017-18, his team carried the ball an average of 1,028 meters per game through the middle third of the attacking half. This season, that number has dropped by around 10 percent.

Of course, City are hardly alone in building their attacks from out wide. Practically every team in football do that for the simple reason that the flanks tend to be less congested than midfield. Perhaps Guardiola can change that. Certainly, next season he will have the sort of players who can progress the ball down the middle like few others. We have already seen some of the best of De Bruyne as a dynamic presence through the middle in recent weeks. The early stages of the 2-2 Premier League draw with saw the Belgian brush by and company as if they weren't even there.

Haaland could be even harder to stop. Opposing defenses might feel that they're in their safe space when the Norwegian drops into midfield with his back to goal; that is until he turns on the afterburners. His pace and power is remorseless. A player with that body shape simply should not be able to move like he does. It is rather like watching the first flushes of Giannis Antetokounmpo or Kevin Durant. You've put those skills in that body!? Much as was the case with the Greek Freak in his early NBA years, you get the sense that he is some way from the finished product.

You do not have to look far, however, for moments where Haaland's ball carrying and sheer gravity through the center of the pitch open up new avenues for his teammates. Take this assist below -- one of seven he has provided in the Bundesliga this season -- for Axel Witsel. Dortmund's No. 9 drops deep into the central right channel and carries the ball up. The backtracking Maximilian Arnold knows he has two players running outside and that this should be his focus.

But when you have Haaland -- a gazelle in a lion's body -- charging at you, how can you not find yourself a little more concerned about that than whatever is going on behind your back? Arnold steps forward for a moment and that is all Dortmund need. One simple through ball and Witsel is through to score.

This is perhaps the most notable change that Haaland has made at Dortmund, a club at risk of becoming a finishing school for Europe's best and brightest. He has notably improved as a ball carrier -- in particular at advancing the ball into the penalty area -- and a facilitator, rounding out a game that was something akin to a pure scorer when he left Red Bull Salzburg. In his first half season in Germany, he registered 0.11 expected assists per 90 minutes, a tally that has more than doubled to 0.25 in 2021-22, placing him in the Bundesliga's top 30. Indeed, it is higher even than the 0.14 registered by whoever is occupying City's center forward berth in the top flight this season.

For the most part, the chances Haaland has created and the assists he has provided have come from spots not dissimilar to those above. At times, he will back into defenders and flick it around the corner. On others, he will pick out runners beyond him. You would hardly confuse him with De Bruyne or , but then that is precisely the point; City already have the players that see the spaces that no one else does. With Haaland and De Bruyne driving through the center, there could be more of those passes open as defenders get sucked infield.

Ultimately, it is more likely that Haaland slots seamlessly into the current system than this brings a significant change in how and where City build their attacks. If nothing else, the idea of him charging through broken play in the middle necessitates opponents doing something they rarely do already: Exiting a low defensive block from which they try to hold on for dear life.

Still, if all he offers in build up is just another way City can beat teams -- driving at their heart rather than working their way around the side -- that makes for a welcome addition to Guardiola's arsenal. Neither City nor Haaland need to change for both to excel but it never hurts to have another quiver to your bow.